The talented folk over at Cairo Contemporary Dance Center are warming up for a carefully choreographed shindig on the 10th of this month, and you’re invited. 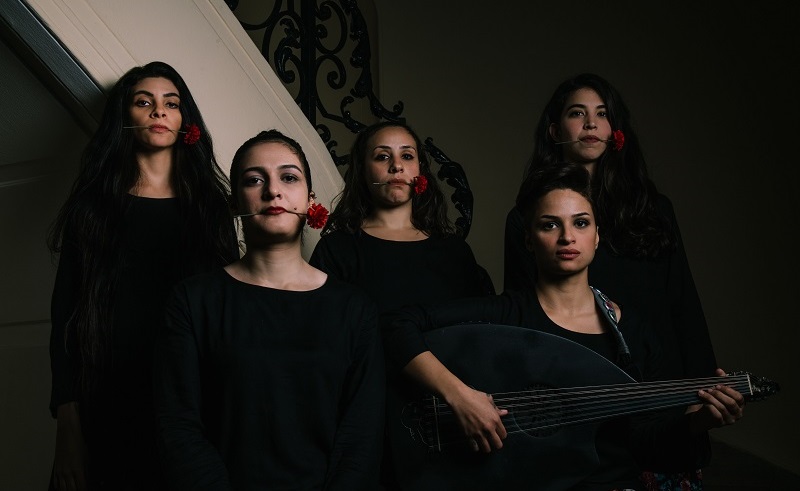 To go to a land where the predominant norm of life is about as routine as it gets, with a dream as poignant and pure as to spread a liberating and creative form of art, is a crusade only of the brave. Though unfortunately considered a frivolity at best by most, dance in all its shapes and forms can be a gateway to a healthier, happier body, mind and soul. It is this brand of sentiment, in addition to many other fine facets, that kicked Egypt’s very own countess of contemporary dance, Karima Mansour, to establish the country’s first and foremost independent contemporary dance colosseum, MAAT Contemporary Dance Company.

Now we could wax poetic all day long about Karima’s brilliant backstory, but we’d rather leave that to our pride and joy, Farah Hosny, and her impeccable piece on Karima, CCDC and the contemporary dance movement in Cairo. Instead, we’d like to point your attention to something a bit grander; MAAT, having been long dormant since 1999, is finally coming out of its contemporary caterpillar cocoon to blossom into something much more fabulous this coming tenth of May. The event – a veritable celebration of all things elegant and fluid – will be celebrating the launch (or rebirth) of MAAT’s new format, complete with a star-studded list of invitees and participants, and will feature three entirely unique performances, masterfully choreographed by Karima herself, and the venerably talented Libertad Pozo; a dancer, teacher and choreographer with years of experience from around the dancing world. The event will continue from the 10th of May all the way to the 15th, and will be held at the endearing Falaki Theatre. Seeing as we’re into all things creative, liberating and body-shaking to boot, we’ve gone ahead and compiled a nifty little collection of insights into the shows that will be held from the 10th to the 15th. If there’s even a shred of dance waddling around somewhere in your spirit, you owe it to yourself to attend, after all; early birds don’t pay a thing. This performance takes its inspiration from a previous work created by Karima Mansour in Germany in 2005, in collaboration with five dancers from Germany. What happens when a cog in the great clockwork that is routine ceases to conform? More importantly, what does it mean to the cog to want to break free of monotonous routine? Does holding onto whatever fragments of identity left in your soul matter more than surrendering to the conveyor belt? Would you rather be an error with character, or avoid that level of confrontation altogether, and all its accompanying consequences? Routine is a slow but sure killer, and most would rather succumb to that exhausting yet familiar slog than to try and shake it off, and even though continuity is assured within the clockwork, is it truly worth the layers of defeat that come with the territory? Inspired by the work of the Spanish writer Federico Garcia Lorca, “La Casa de Bernarda Alba.”
Libertad Pozo, together with the performers, will bring to life the relationships that are established among five sisters living under the same roof. Inspired by topics discussed in the book, conversations between the five sisters, their reflections and the multiple interpretations of the dialogues among three generations living in a mourning period of eight years.
With a dramaturgy in the form of a collage, the five interpreters live on stage will enthrall the audience with near-endless moments and anecdotes, results of the daily experiences of the performers and their own body language. Who said anything about dance? seeks to reflect and question the role of the artist, as well as the impact of their art form. It is a work inspired by various situations relevant to the construction of an artist’s core identity. Exposing the contents and the level of intimacy characteristic of the creative process itself. Mansour plays with audience’s expectations to question constant demands and concessions that are all but expected of a creator. What is the true value of art in the end? Is art meant to entertain? Is it meant to question and maybe, at times, disturb? In this performance, an ironic tone reveals that there is always more to read between the lines. A 2015 production that was premiered in France for the opening of the Louvre of the city of Lens, it was also performed in Lisbon, Portugal, as part of Cumplicidades Festival, where it was selected as 1 out of 10 best dance works seen in Portugal in 2016.

We can hardly wait to see it all transpire live on the 10th, and we’re hoping more folks can come in, see what contemporary dance and CCDC are all about, and hopefully find themselves in the process. For more info, check out the event’s Facebook page, and do yourself a favour by following CCDC on Facebook and Instagram (don't forget MAAT)for when you need some inspiration to start exploring what your body is capable of.