Made in Hollywood Shot in Egypt

Egypt's historical allure and picturesque landscapes have long made it a film maker's dream come true. We pick out some of the best blockbusters that were shot in Egypt. 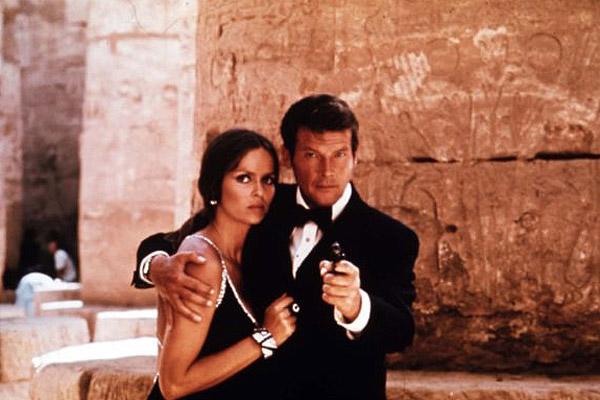 When it comes to making movies, Egypt should be a director's wet dream. This country has it all: beaches, history, a huge population, and barren landscapes. Of course they could CGI whatever they want these days, but it just isn't the same. If Egypt made it easier for producer to make films here, we would not only see an influx in tourist, but the establishment of a very lucrative filming industry. Nevertheless, a few blockbusters have been shot right here in Egypt over the years. Which ones have you seen?

Transformers: Revenge of the Fallen

Every Egyptian and their mother heard about this film being shot here. Unfortunately, it sucked and, oddly enough most of the scene were made on a computer in the end, except for that one scene in the desert.

This World War I drama is probably one of the better films on the list, and helped launched a very young and up and coming actor by the name of Mel Gibson.

This James Bond film was mostly filmed in both Egypt and Italy, and is widely considered as the best Bond movie, with Roger Moore playing the lead.

This biopic about one of the most influential black leaders of all time was mostly set in America, but there were a few scenes shot Most of the film takes place in America, but the filmmakers shot a few scenes of Denzel Washington praying at the Muhammad Ali mosque. Fun fact: It was also the first American film to shoot scenes in Mecca. However, it was shot with a different film crew as only Muslims are allowed to into the holy city.

This movie was a colossal hit around the world. It was really the first time that computer graphics were so good that it actually looked real. Towards the end they show a shot of Egyptians rejoicing as the Aliens are defeated before they have a chance to destroy our beloved pyramids.

This film was shot in 14 different countries, but only one country appears on the poster, and that country is our very own Egypt. The film follows a teleporter as he jumps from city to city. The film is widely considered as a terrible let down, but it looks cool.