A French-Italian production on the life of the Egyptian-born diva will be released in 10 days. 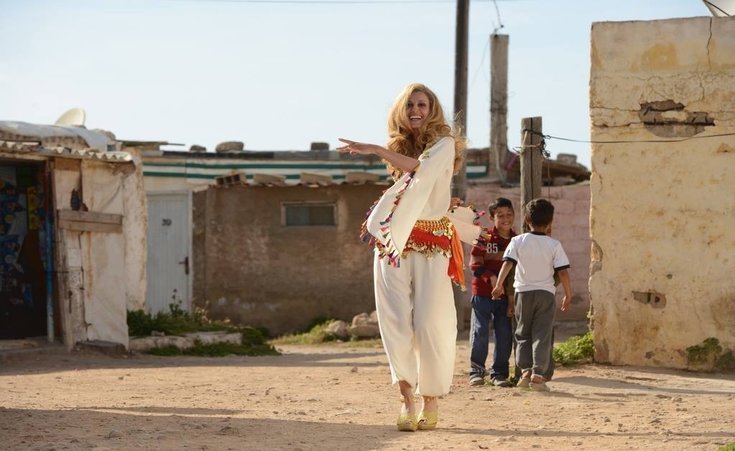 The world premiere of Dalida, a movie which retraces the life of the Egyptian-born international singer and actress, will premier worldwide on January 21st in Bahrain.

The movie, which was written, directed, and co-produced by Lisa Azuelos and stars Sveva Alviti as Dalida, was shot between February and April 2016, in France, Italy and Morocco. The French production was released in France today, opening to critical acclaim.

Dalida rose to fame after she won the Miss Egypt pageant in 1954 when she was spotted by the French director Marc de Gastyne, who persuaded her to move to Paris to pursue a career in motion pictures. The move was a kick-start to Dalida's three decade long career, in which she performed and recorded countless international hits in more than 10 languages, including Arabic, French, English, and Italian, selling more than 130 million copies worldwide, before her tragic death in 1987.

In a press statement by Bernard Regnauld-Fabre, the French Ambassador to Bahrain, he said, “We welcome the news that the world premiere of Dalida will take place here in Bahrain during So French Week.” So French Week is an annual week-long celebration of French culture, held by the French Embassy in Bahrain, a tradition which started in 2013.

The premiere will be shown at Novo Cinema in Seef Mall, Muharraq, with 174 tickets available to the public, News of Bahrain reported.

Dalida will also be featured at the closing of the first Aswan International Film Festival on February 26th, according to Al Ahram.