Oud in Our Midst

Rahma Zein El Din sits down with a group of talented Oud players - and former Arabs Got Talent contestants - to listen to uncontaminated music and converse about the complex oriental instrument. 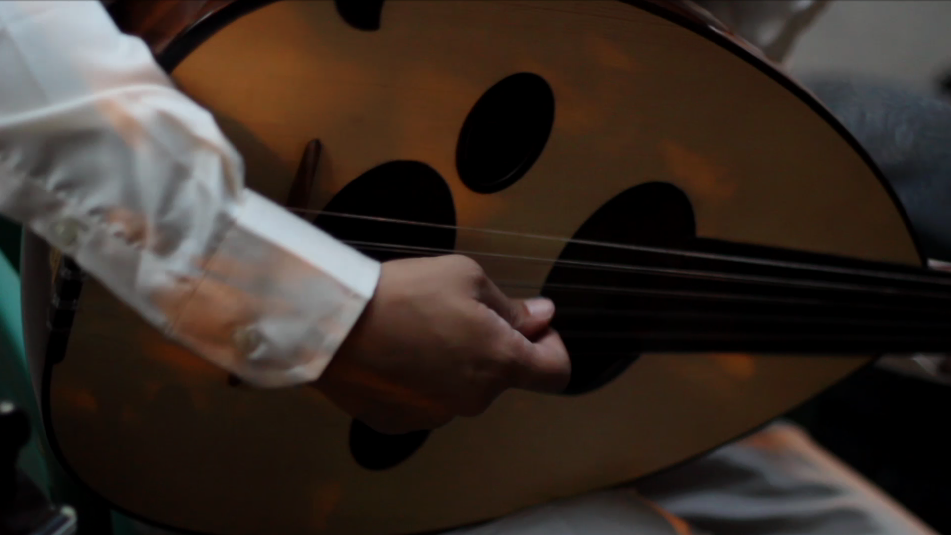 In front of the historic Windsor Hotel, students of Beit El Oud music school practice on a daily basis, filling the streets of Downtown Cairo with beautiful melodies. Oud has become a way of life and a way of thought for these talented students who come from all walks of life to the extent that they talk about the instrument as if it were a companion. “I have an old relationship with Oud; I would dream of being a musician, because I felt that the world of music was a different realm, one that is beautiful and different than the world we actually live in,” Abdel Kader a philosopher and musician from Sudan tells us.

They start practicing, immersed in their element. They pause for Maghrib prayers, leaning their heads forward and tuning their instruments to perfection. Then, like a waterfall, they start playing together in perfect harmony. “I used to play the piano. I used to look at the Oud as old fashioned and thought that you couldn’t really play around with it, one time I went to listen to the instrument and I was immediately captivated; I saw its power and that you could play anything with it,” Egyptian Salma Mokhtar says. Elegant and graceful, she holds on to her instrument confidently. “Interestingly, when you learn oud, you don’t simply learn the instrument - you learn a new culture, you begin to read more about the history of it and you keep acquiring knowledge.”

As harmonious as they are with their melodies, each Oud player has their distinct style, even with the way with they hold the instrument. From Sudan, Egypt, and Yemen the mesh of cultures pushes for a unique experience for any listener. A man of few words, Mogahed Khaled Omar opens up when he talks about his journey with Oud. “My older brother taught me back in Sudan. I never thought I’d end up playing professionally. There was a festival in Khartoum the winners would get a grant and come study in Cairo’s Beit El Oud, and I got chosen...I ended up meeting people from everywhere and it’s become a culture exchange." Abdel Kader interrupts as he starts playing a Sudanese song on his Oud and we start clapping along. “Music is a beautiful thing,” he later says, “It can bring you inner peace, make you appreciate the simple things, and encourage positive thinking. Who doesn’t love to feel good? Music does that.”

Yemeni Haitham Mohammed sits on the far right; he learned to play Oud by watching online tutorials. “My family loves music but we don’t really have any musicians apart from my grandfather. My childhood was surrounded by music I would wake up to Mozart and classics. I had a broken Oud I would practice on; I finally saved up and bought a new one and I would practice day and night until people started recognising me in Yemen and call me in for concerts." With a scholarship Mohammed managed to come to Egypt and perfect his skills. “Getting to meet people from different parts of the world helped me develop my skill because the thing is, you should play different styles from different parts of the world because the Oud is a worldly instrument.”

Abdel Kader nods his head in agreement. “That’s why being on Arabs Got Talent was important for us - we got to re-introduce the Oud and especially break the idea that it’s old and not youthful. Just here and now you had a group of youth playing the instrument.” These students' practice sessions act as free concerts inspiring the old streets of Downtown Cairo and breathing fresh life into this ancient instrument. 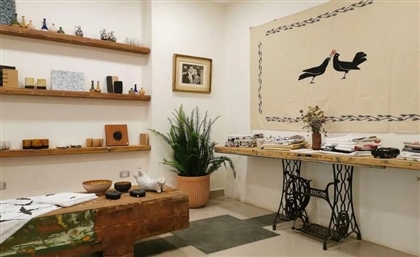