Pinky Selim is the Banker Reviving The Art of Folk Dance

She’s a mother, a banker and the founder of AUC Alumni Folklore Group - here’s how Pinky Selim balances a precarious schedule while keeping her passion for folk dance alive. 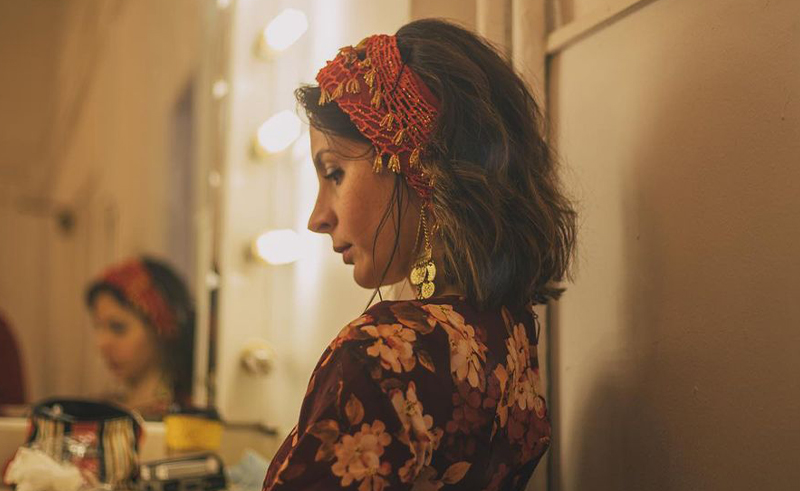 Pinky Selim is a successful banker, mother and teacher of folk dance. During her time as an undergraduate at the American University in Cairo (AUC), Selim took an active part in the university’s folklore club, which was committed to preserving folklore dance and performance. After she graduated from college, she found herself unwilling to part with dance. So while she rose through the ranks of the banking sector, she continued to fan the planes of her passion for folklore and folk dance. Through coordinating with the AUC Alumni Office, and with their unwavering support, the AUC Alumni Folklore Group came to life in 2013 with the sole purpose of ‘reviving the art’.

A BANKER WITH A PASSION FOR FOLK DANCE

Balancing the demands of motherhood, climbing the corporate ladder and reviving a dying art form is an exercise in meticulous scheduling and a reflection of the inspiring reserves of energy and passion she brings to all aspects of her life. She starts her day at 6 AM to get her daughter Clara ready for school, puts in a full day at the bank, heads home around 6 PM for dinner, homework and bedtime with her daughter. And then just as others are slipping into their pyjamas, she pulls on a pair of dance leggings and makes her way to one of the various dance studios she teaches at to spread the love of folk dance. On the weekends, Selim spends hours with the AUC Alumni Folklore Group in a rented studio to space out their choreography and practise for their upcoming shows.

LOOKING BACK AT THE HISTORY OF CONTEMPORARY FOLK DANCE

When Selim speaks about folklore, she does so in dulcet tones; her usually energetic voice goes soft with awe and reverence. In much the same way one would speak of the birth of a nation, Selim tells us about the beginning of contemporary Egyptian folk dance, which was first popularised by dancer Mahmoud Reda after his establishment of the Reda Troupe in 1959.

“All over the world, nation-states have dedicated national projects to the practice, and by extension, preservation, of the country’s heritage through folklore,” Selim tells CairoScene. “Folk dance and music, folklore storytelling classes, and even folk clothes-making are some of the concentrations offered at those schools, and upon graduation from such institutions, the best-performing students become part of the national folklore troupe that travels the world to perform and represent their country’s heritage with pride.”

After Reda joined an Argentinian folk dance group in his youth, he realised that not only did no such organisation or school exist in Egypt, but that there was no unified ‘Egyptian’ folk dance to speak of. Egypt is almost excessively rich in culture and heritage; every street has its own traditions and identity, let alone every village, city, or governorate. How do you represent such a diverse nation with a single dance routine?

To answer that question, Mahmoud Reda went on a tour of Egypt, spending weeks and sometimes months in rundown alleys and unheard of villages, from Sinai to Matrouh, from Cairo to Luxor. He covered most of Egypt in his search for folktales and folk dance. Reda learned everything from tahteeb, a martial art and dance fusion that Upper Egyptians have inherited and preserved from Ancient Egypt, to fallahi, a form of dance practised by women farmers in the Nile Delta. Once Reda felt that he’d gathered enough hereditary and cultural dances, he returned to Cairo to found the Reda Troupe.

“For you as an audience to get attracted to dance is difficult. When done incorrectly, dance can be very alienating and repetitive,” Selim explains. “For example, with tahteeb, it is easy to only see it as two people hitting each other with sticks without understanding its context. The brilliance of Mahmoud Reda stemmed from his ability to fuse the movements that represented each governorate and turn it into a dance. The most distinctive element in Mahmoud Reda’s folklore dictionary, which all of us follow to this day, is classical ballet, with raqs sharqi being a close second. This is how he created this dictionary that respected, taught, celebrated, and loved folklore and is still being used to set a precedent worldwide.”

‘REVIVING THE ART’ THROUGH THE AUC ALUMNI FOLKLORE GROUP

“I founded the group by reaching out to other AUC Alumni who used to dance,” Pinky recalls. “Then the group grew, and I started reaching out to dancers outside of AUC as well. We’re a group of amateurs but that’s part of the charm. I have people from across so many different generations. I get to put dancers as young as 15 and as old as 52 on the same stage. All they want to do is to perform the dance that they love, and have other people fall in love with it, too.”

The AUC Alumni Folklore Group is not funded by any entity. Its various bills are footed by Pinky Selim herself, while the AUC Alumni Office lends the AUC Tahrir Campus’ studios as a space for practice before big performances. The group mostly rents different studios across Cairo for more casual practice sessions. The folklore group puts on full two-and-a-half hour shows consistently at AUC Tahrir Cultural Center’s Ewart Memorial Hall.

All members of the group have either school, university, work, or children to take care of, but they’re so intensely passionate about keeping this Egyptian heritage alive that they make time to attend practices and perform, all without any expectation of profit. The money that comes in through their performances is used to break-even for the costs of rent and costumes, while the actual revenue goes to the AUC Scholarship Fund to help students study at AUC, as it has done for the past nine years.

“I’ve danced my way through every genre you can think of for 12 years. Classical ballet, hip hop, latin, jazz, contemporary, Argentinian tango, I did it all,” Selim says. “I have nothing against these genres of dance, but I feel that folk dance is threatened enough right now that it will soon diminish without help, much like other forms of authentic Egyptian arts and heritage. Regardless of social class or education, the younger generation as a whole is growing up not knowing what our art is, and I mean all our art. There are centres out there that are trying in vain to preserve our inherited crafts. For example, one of the costumes worn in a specific folk dance is made using something called tal asyouti, which is created through the embroidery of silver in fabric. It used to be accessible and easily found, but these days I can’t find it anymore. The craft has been extinguished.”

Much like a flame the spirit of folk dance must be kept fed; by repeating and recording and promoting their performances the AUC Alumni Folklore Group is fighting back the threat of oblivion that this art form would otherwise face. As long as people are watching and talking about it, the burgeoning dance troupe knows they’re doing everything they can to carry on the torch.