Sexual harassment takes the spotlight in a fresh and interesting way in this new interactive that follows the various artistic initiatives that aim to combat the problem. 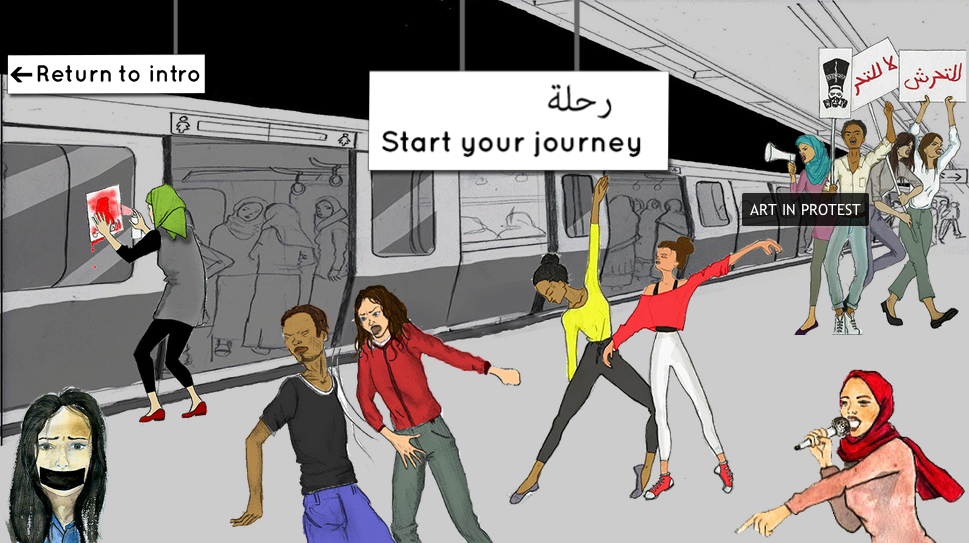 A new interactive documentary has just come out, shedding light on the growing problem of sexual harassment that continues to plague all segments of society. The project is called "Shout Art Loud" and documents the problem of harassment, as well as the myriad artistic and cultural platforms that have recently been launched to address the problem.

These include projects such as Noon el-Neswa, a graffiti collective that has launched with the aim to alter public consciousness on the issue of sexual harassment through street art. The interactive also sheds light on theatre initiatives, dance troupes like the flash mob initiative by Igmadi, and female rapper Mayam Mahmoud, as well as other projects that aim to confront the problem.

The interactive also sheds light on some of the worst cases of sexual harassment in Egypt, as well as cases of censorship, such as the censoring of the Bussy Projects' performance.