When a little Facebook album by Ahmed Saad popped up, the whole of Egypt paid attention. 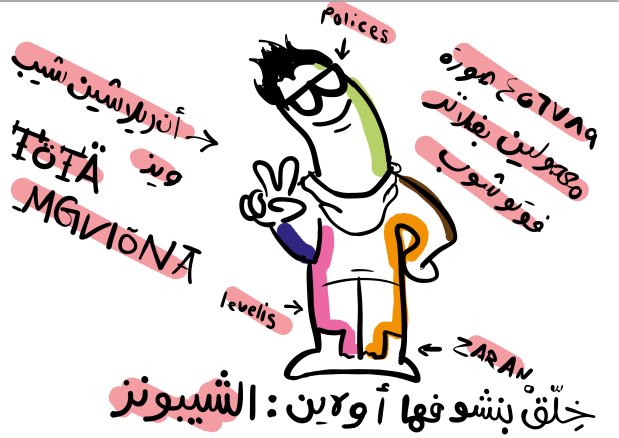 Damned to a life spent in the social media-sphere, we’re often in a comatose state, browsing through Facebook for no reason other than habit, with looks of disdain on our faces as droves of the ‘friends’ post wrongly-quoted inspirational images, angry, open-letters to Morsi, high school-esque poetry and promotions of their friends’ jewellery pages. Every so often, though, we find a light at the end of the Facebook tunnel. This time it was Ahmed Saad’s brilliant, minimal, kitsch sketches depicting the different characters you find online:

The Cool One. Has to show he's drunk; takes pictures with each and every alcohol bottle and joint available.

TThe Feminist. Works in Women's Rights and proud. Blames all men for everything. All men apart from her boyfriend, of course.
The former Art Director for Campus, E7na and G-Book specials is a big cartoon enthusiast and started the series after, like us, wasting so much time browsing Facebook and Twitter. “I’m not proud of it,” he says. “But with the time passing by, I found myself  “categorising” people I see online… Eventually it hit me to do a comic series about those characters.” But before you go on a self-righteous rant about Ahmed’s audacity in putting people into boxes, he falls into a pretty stereotypical category himself: “I think I’m the 3am el tafshan!”