In honour of International Women's Day, two female DJs are taking over at Soiree Purple Touch this year, bringing Electronic dance music to every class of Egyptians, thanks to The French Institute of Egypt. 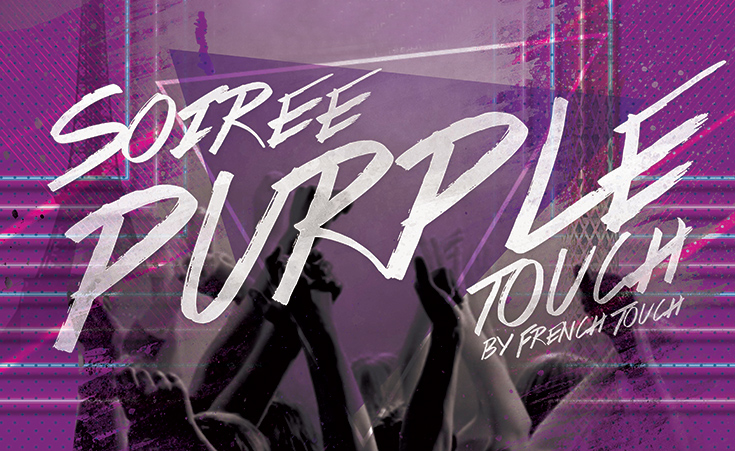 The French Institute of Egypt has taken it upon themselves to help bring Electronic dance music to the Egyptian masses who would otherwise be unable to attend the city's limited and pricey clubs and events, offering the same music. The Institute regularly hosts this event, aiming to bring Egyptians from different social classes together on the dance floor. This year, they decided to hold the event in honour of International Women's Day, hence they're calling it Soiree Purple Touch instead of the usual 'Soiree French Touch'. Attendees will be expected to wear at least one purple garment - either pants or shirt - in order to gain entry, which will cost 30 LE for boys, while girls get in for free. International Women's Day falls on the 8th of March; the event, however, will be held on the 10th for logistical reasons.

In keeping with the theme, guest spinners for the night are both women - local deck damsel Akladios will be accompanied by Gloria Fock, coming in from Berlin. Akladios needs no introduction, the young lady has been making the rounds for a couple of years now, and has proven to be an integral part of Egypt's nightlife scene. Gloria Fock moved to Berlin from the far northeast of Germany, where she quickly began playing at clubs and events. Her work as a DJ goes hand-in-hand with her work at a record store back home. One thing is for sure, Gloria will bring in some fresh, crisp tunes to Purple Touch.

We're expecting some serious girl power behind the decks as these two ladybosses spin the crowd into a musical frenzy - the Spice Girls would be proud.