An artistic collective from the war-torn country have come together to create a new book which will be toured around the UK. 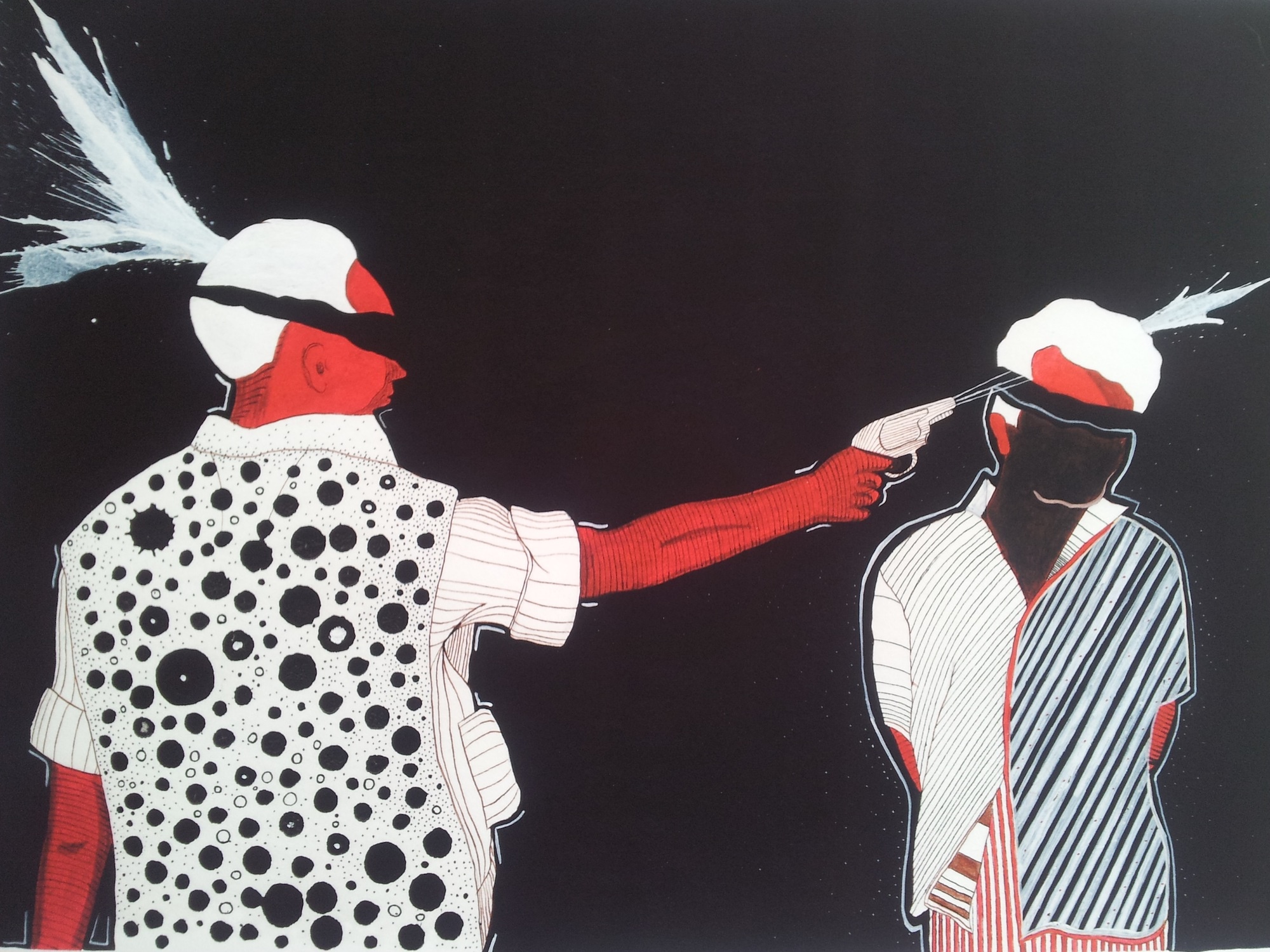 War can destroy lives, infrastructure and morality but what it can't destroy is culture. Since the beginning of Syria's March 2011 uprising, thousands have been killed and millions have been displaced. It is really hard to find a silver lining when war is concerned however, in times of struggles, culture not only survives but thrives. When Egypt had its uprising, it appeared as though overnight Egyptians everywhere became grafitti artists, poets, and song writers. Well the same seems to be true in Syria as writers and artists have been creating artistic statements like never before, choosing to fight on the front lines with words and images instead of weapons.

Using the internet, many of these Syrian have become their own publishers and have sought out one another to create vibrant, yet anonymous, artistic collectives looking to reclaim dignity, freedom, and self-expression. To highlight their inspiring determination to be heard, seen and respected, a group of over 50 artists have come together and released a book entitled Syria Speaks: Art and Culture From the Frontline. The book contains literature, poems, songs, cartoons, political posters and photographs that illuminating the drastic change that war has caused in Syria.

To promote the book, a UK tour has been organised and will entail readings from the book and open discussion about cultural resistance in Syria. Accompanying the book will be award-winning Damascus-based novelist Khaled Khalifa, cinematographer and video artist Khalil Younes, writer and filmmaker Zaher Omareen, and authors Malu Halasa and Robin Yassin-Kassab.

If you happen to be in the UK or know someone who is, we highly recommend you spread the word.

The visiting authors will also take part in workshops with English PEN at schools, refugee community centres and a prison.