'Sports Through the Ages' offers fascinating insight on one of the lesser known elements of Egyptian history. 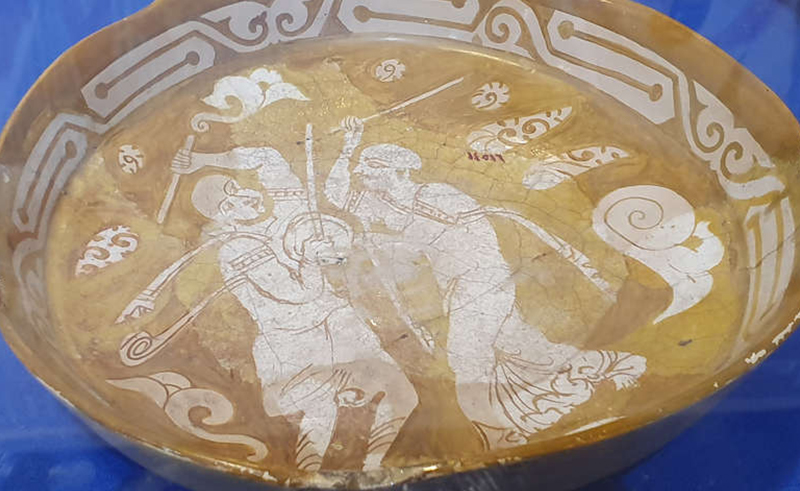 Football fever is running rife across Egypt as we inch closer to the second round of AFCON 19 - and no one is safe, even the Ministry of Antiquities, which has launched a special new exhibition titled Sports Through the Ages, in celebration of the biggest sporting event in Africa.

Taking place at the Egyptian Museum, the exhibition brings together more than 90 artefacts from the likes of the Prince Mohamed Ali Palace Museum, Gayer Anderson Museum and Museum of Islamic Art, as well from the Downtown Cairo's museum's own collection. The exhibition is unique on two fronts, in highlighting the likes of wrestling, boxing and swimming in Ancient Egypt, while also shedding light on that historically Egyptian women's involvement in sports over the years, including a painting from Minya's Beni Hasan Tombs that shows four girls playing an early form of handball.

One statue from the collection shows a young King Tut with a javelin in his right hand and a bronze chain in his left, while one wall painting shows King Amenhotep II, standing in a proud stance, exhibiting his athletic build. The king, who was known for his interest in sports, is shown on an engraving riding a chariot while practising archery.

The exhibitions reveals a particular Ancient Egyptian interest in ball-based sports, with one display showing 13 balls of different materials and sizes; some created from palm leaves and others from papyrus with a layer of cloth or animal hide on top. Another piece from Ancient Egypt is a wall painting, originally found inside the tomb of the official Baqet III, showing 22 pairs of wrestlers facing off

Venturing in the Islamic Fatimid Era (909-1171 AD), the exhibition even includes a ceramic plate showing a scene of Tahtib, a traditional Egyptian combat sport using sticks that dates back to 2500 BC.

Overall, the unique exhibition gives insight on an often ignored element of Egyptian history, but one that is as prevalent as ever today.