10th Edition of RiseUp Summit to Take Place This March

The History of Cats In Cairo Part II: Cats In Islam

Part deux of our history lesson about the kitties in our fair city. Here Skot Thayer shares a few not-quite-as-well-known stories about felines in the faith. 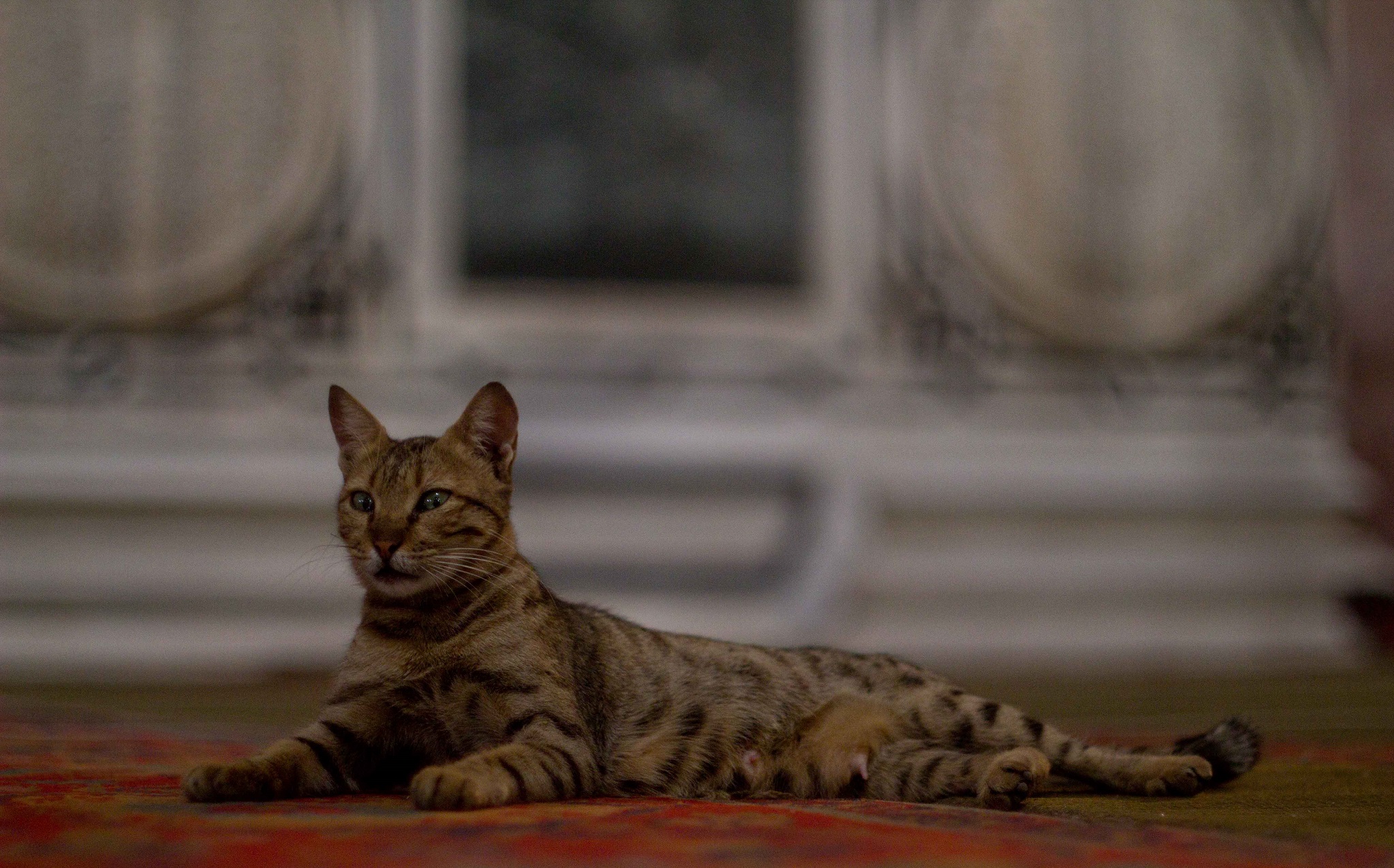 You can read The History of Cats in Cairo Part 1: Ancient Egypt here.
Cats in Egypt have had a longer history than they have had in almost any other part of the world. We all know how the old kings of Egypt felt about kitties but just because the Pharaohs got their butts kicked like, 3,000 years ago doesn’t mean the story of cats in Egypt is over. Turns out the Prophet Mohammed was big fan of cats as well.
After the Persians used Egypt’s cultish love of cats to their advantage to bring the reign of the Pharaohs to an end in the middle of the 1st century BC, they were subsequently knocked out by historical mega-badass Alexander The Great who made Egypt a province in his huge empire. After Alex died, his main dude Ptolemy took over Egypt and built Alexandria, making it an intellectual power of the ancient world. After that, Augustus annexed the place into his Roman Empire.
The Romans fought over Egypt in a series of civil wars, mostly involving the infamous babe Cleopatra stirring things up between Caesars, until they lost it to a tenacious little religious sect from the western Asian deserts in the 600s AD. The Arab conquest of Egypt brings us to today’s story, cats in Islam.
How many times have you been enjoying a cat cuddling session with your phone or the remote for the TV remote just out of reach? You have to pull some kind of superhuman Mr. Fantastic type stretching moves, or like find a stick or something and hope you can somehow knock your phone closer to you. Just so you don’t wake or disturb your little feline buddy.
Well, Muezza was The Prophet's favourite cat. Just like modern cat/human relationships they would chill together and Muezza would fall asleep in the most precarious places. A famous story goes that one day The Prophet Mohammed and Muezza were chilling and Muezza fell asleep on the Prophet’s sleeve. Then when the call to prayer sounded, instead of waking his furry friend, Mohammed cut the sleeve off of his favourite robe and went to prayer. I bet he got a lot of weird looks but when the Prophet comes to prayer with one sleeve you’ve gotta assume it’s for a good reason. There are also several stories about a cat saving the Prophet’s life by taking out a poisonous snake that was threatening him.
Mercy to animals is a integral component to the faith of Islam but Prophet Mohammed is often attributed as saying ‘Love of cats is part of the faith.'
Cats were allowed to eat and drink from the same bowls as humans, as long as the cat isn’t sick, without any consequences. One Hadith says that when a cat ate from a bowl of fruit that was laid out during prayers it was totally okay that people ate from it afterwards since “It is not unclean: it is one of those who go round among you.” The Prophet Mohammed even performed ablution with water that cats had drank out of. Contrast that with modern times where people don’t even let their cats on the kitchen counter.
One of the greatest sources of the sayings of the prophets, or Hadiths, is a guy by the name of Abu Hurairah. One of The Prophet’s closest companions, Abu Hurairah (literally ‘father of the kittens’ since he carried an adorable tiny little baby kitty with him everywhere he went) reports the Prophet as saying “Cats do not invalidate the prayer” in reference to when a cat walks among you during prayer.
While the Islamic world and their fluffy companions were basically inventing the modern world and generally being awesome, Europe was in the grips of what became known as the dark ages, where civilization took a huge step backwards and people lived in mud huts and burned women, and cats, for being instruments of Satan and causing plagues. Maybe if they had kept some more cats around, the rats that helped spread the bubonic plagues would have had a harder time murdering 60 percent of the freakin’ population.
Even in the 19th century Bayard Taylor, an American poet, visited a hospital in which cats roamed freely and their care was funded by a charitable donation or waqf.
Now here we are in 21st century Cairo and it feels a bit like we’re regressing. Cats are murdered in the streets and ridiculous myths about cats causing female infertility are pervasive - a myth I might add, that has absolutely no scientific credibility whatsoever. The only evidence for a disease passing between humans and felines is Toxoplasmosis, which you only get if the cat has it and you spend too much time around their litter box.
So there’s a brief history of Cats in Cairo (don’t forget about part 1). Thanks for checking it out and be sure to let us know what you think and if you have any other tidbits of feline history you think we’ve missed.
Main image of a cat in Al-Rifa'i Mosque courtesy of Josh Stewart.