The Man In The High Castle: Episodes Four Through Six

Beware of spoilers as Emad El-Din Aysha tackles not one but three episodes of The Man in the High Castle in his ongoing exploration of this television adaptation of Philip K. Dick’s novel. 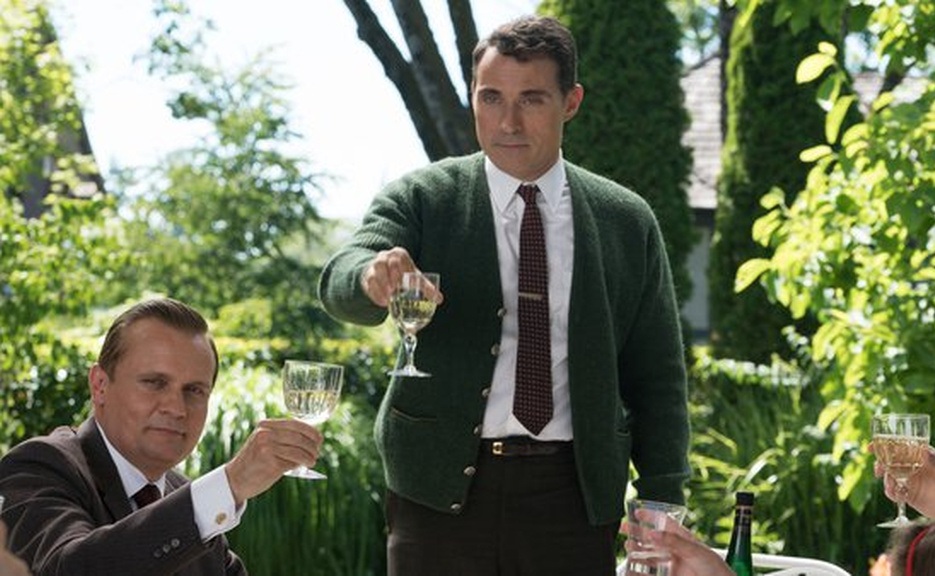 Following my last review, I decided to watch three episodes of the series in a row this time before writing anything new; I needed to store up experiences and make more connections to Philip K. Dick’s immortal novel. Here’s my critical verdict set out in three chunks!

More and more of PKD’s themes are becoming evident, if in modified form, with the introduction of new characters and story devices. First off, you have the Japanese Crown Prince being assassinated, but not by Frank Frink as you initially expected. Plus, he was shot right in the middle of his peace gesture to the world, and to the Nazis who want to invade the West Coast. In the original novel, the thing that swerves history in the favour of the Germans and the Japanese is the assassination of Franklin D. Roosevelt right in the middle of the Great Depression. This is why America’s so weak that it can’t stand up to its enemies - a rudderless giant without any sense of direction.

Secondly, you have the evolution of Juliana (Alexa Davalos). She makes it back from Kansas City only to find that she can’t go back to her old life with the Judo class, forcing her to throw her lot in with the resistance. In the process, she gets a job at the Nippon building where the Japanese occupation government is headquartered, and she gets sexually exploited by a gruff job recruiter to boot.

The Juliana in the novel was roughed up by Japanese soldiers in her day, too, before she headed off to the so-called neutral zone. There are no cultural stereotypes here, though, as her disgusting immediate boss exploits Japanese girls, too. There’s a lovely scene where the Trade Minister, Mr. Tagomi (Cary-Hiroyuki Tagawa), has her brought into his office. You think that he’s going to ‘do’ something to her, too. Instead, he thanks her and tells her how much he trusts her, and she returns the favour in kind and tells him something she noticed in a meeting Tagomi had with the Nazis. Tagomi is the moral core of PKD’s original story and the choice of Tagawa – from the steadfastly anti-Japanese Rising Sun (1993) – has turned out to be more than worth it. He’s tall enough for the job and the makeup makes him look old and wise. There was also an American secretary in the novel that you felt Tagomi trusted and respected. Thirdly, Frink getting in touch with his Jewish roots through friends of his ill-fated sister has parallels in PKD's novel. The original Frink – actually called ‘Fink,’ changing his name to hide away from the Nazis – was a patriot and proud of his religious heritage. His problem was that he didn’t have any confidence in himself and his artistic abilities. His all-American friend, Ed McCarthy, is the guy who actually had faith in him, telling him that being creative is what means you’re independent, not merely copying what others do. That’s the problem America has found itself in under the dual Jap-Nazi occupation, which is why Frink works in a factory that produces Civil War replicas as a tourist attraction for Japanese customers. Frink has given up on his artistic ambitions for now, but who knows what’s going to happen next. I personally can’t wait to see. Remember that the Jews in the series, and many of PKD's novels, are just a stand-in for the downtrodden of the earth, whether the common man or the minority. They could be stand-ins for Muslims in post-9/11 America - neither eat pork, after all!

Finally, you have antiques dealer Robert Childan (Brennan Brown). He isn’t nearly quite as complicated as he is in the novel – the small guy with an Aryan superiority complex against the Japanese – but one aspect is there from PKD’s masterpiece: his plan to have an affair with a married Japanese woman, interestingly named Betty (Tao Okamoto). Inverse Ambitions: Robert Childan, a smaller character with too big a personality.

PKD was always a master of the mundane - the human weaknesses that foul everything no matter what earth-shattering political things are going on - and thank heavens they’ve kept that set of concerns here in the series. If anything, they’re going over and above the call of duty in the human melodrama department. The tensions developing between Frink and Juliana are great, and the cat-and-mouse games, and sedated suburban setting of (Rufus Sewell) Obergruppenführer John Smith’s home are more than a welcome treat.

Joe is invited to the Smith residence for “Victory in Europe (VE) Day” – you’re terrified to watch an old-age Hitler praising the war’s alternate outcomes, and you feel that something's going to happen between him and Smith’s pill-popping wife, Helen. Again, we’ll have to wait and see, but something sinister does happen. Smith bumps into Baynes and invites him home for a Thanksgiving-type celebration - here they’re poking fun at American traditions and history of exterminations, along with a hint at the US not celebrating VE Day. Then you get to see the vulnerable side of the Obergruppenführer; not only is he a dedicated and open-minded father and husband, he’s someone who takes loyalty and friendship to heart, too. He’s someone who has learned to bury his moral sentiments, focusing too much - it seems - on providing for his family so that they never suffer as he did (his family lost all its money in the Wall Street crash).

The performances are stellar, especially Sewell’s, but the rest of the crew is also great and the dialogue is catchy and snappy as hell. Subtlety always enters into the relationships, making you suspicious of everything and everyone. Kudos to the cinematography - they really know when to pan back or do a close-up, there’s always a light source in the right place at Frink’s darkly decorated apartment, and the wobbly camerawork mimics the tumultuous mental state of people after a heated argument.

Having intersecting scenes with Juliana investigating the Nippon building while Joe is snooping around Smith’s house is meant to highlight the soul-searching they’re both going through. Joe not knowing his father and going on and on about him to everybody is meant to signify him not knowing his loyalties, to America’s free past or subservient present - another 9/11 theme.

The necklace Tagomi retrieves at the site of the assassination, which Frink dropped, is about intertwining fates as Juliana sees it. One of the trinkets Frink designed in the novel saves Tagomi’s soul at one point. Another piece of jewellery also helps Childan morally, since he mistakenly tries to use it to lure the attractive Japanese wife. Her being named Betty is probably meant to signify her attraction to American culture – she doesn’t dress Japanese – while Childan is a Nippon-lover. Nurse Betty: This rage for all things Western is getting out of hand. Just ask Tao Okamoto!

I’ll say no more lest I spoil the series for everyone else. It’s always good to be surprised once in a while and not know what’s going to happen next, or why, in the grand scheme of things. The series is a positive joy to watch and, while not quite true to Philip K. Dick’s classic, it’s still an educational experience for all those who would open their eyes to what could and should not be allowed to happen in the world and in men’s lives!