Just as world renowned pianist Richard Clayderman - coined 'The Prince of Romance' by former first lady Nancy Reagan - arrived to Egypt, our Hassan Abdeltawab managed to sneak in a chat with him about his inspirations, passions, and the international language that connects humanity: music. 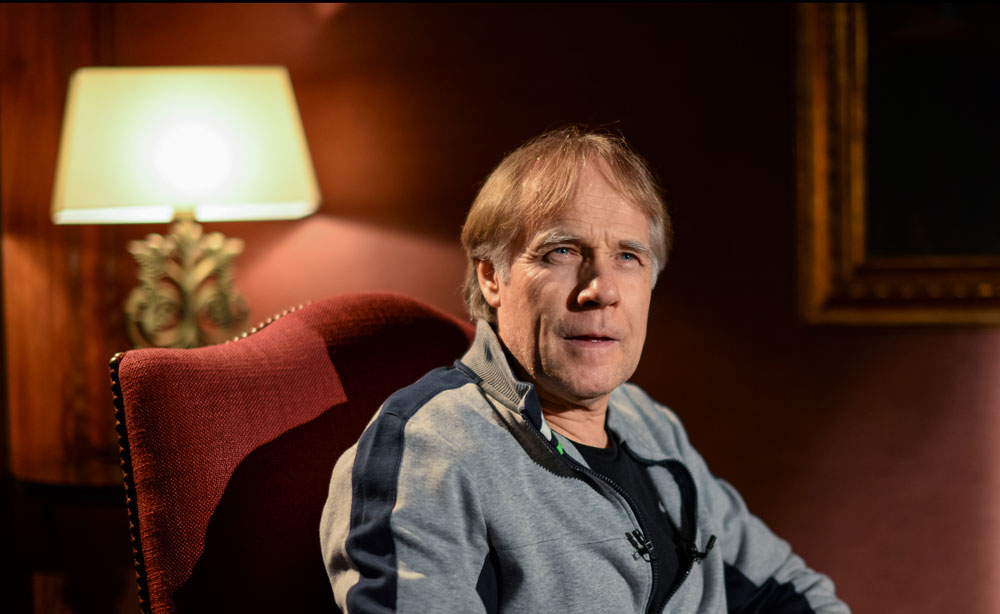 It's not every day one gets to meet a legend. It's not even easy to find yourself in the same country, let alone city, as a legend. I mean, seriously, how many legends do we even have in the world? This past Thursday, I was given three blessings at once: I got to meet the amazing Romanian pan flute player, Gheorghe Zamfir, I got to interview and spend time with the legendary Richard Clayderman, and - on top of all that - I got to do that at the Royal Maxim Palace Kempinski. I walked in on Thursday with all these different expectations and presumptions about everything. I figured, since Clayderman is the best pianist in the world and is this world-class celebrity, he would be hard to communicate with, or maybe just a little uptight; come on, this guy is probably bombarded with reporters and interviewers every day. To my joyful surprise, he was this magnificently modest and jolly human being with just so much love and passion for life, music, and romance. It is necessary to thank Clayderman for supporting the stereotype that all French people are romantic. You had to have been there just to see the look in his eyes when he was talking about music; it was truly life changing. For the lucky few who attended his concert on Friday night, you definitely know what romance and passion truly mean by now. Having heard ‘The Prince of Romance’ play live, right in front of your eyes, you couldn’t have avoided the sense of amour in the air. With each note he plays, it's like he says ‘I am in love’ a million times. He is definitely one of those rare artists who have shown how music stands to be its own ballad of wondrous lyrics.

Many of you might come across the name Richard Clayderman - formally known as Phillipe Page - but think you don’t know him or have never heard his music before. I propose that it is almost an impossibility. Have you watched The Lion King? Akeed ya3ni! Then surely you remember the song Can You Feel The Love Tonight. How about Richard Marx’s song, Right Here Waiting, or Santa Esmiralda’s You Are My Everything? I have one that you can’t have not heard: Love Story. Seriously, people, thank the amazing Richard Clayderman for all of the above, and so much more. I can guarantee you that if you haven't heard Pour Adeline, then you have missed out on a musical experience of a lifetime.

Although he had just arrived for his stay at the Royal Maxim Palace Kempinski, Clayderman was gracious enough to have allocated so much time to discuss with him his music, travels, and passion. Even though he does speak some English, his native French tongue is more of his comfort zone, so we brought a translator along because the extent of my French is 'je m'apelle'. But, let me tell you this, people: had I known a man’s eyes and heart to speak so loudly, I would have not asked a translator to be present. I just knew what he meant with every hand gesture, facial expression, and look. Mr. Clayderman, I would like to know about your perspective with regards to music in the Arab world and how themes from Egypt and the Arab world may have had an influence on your work.

People of the world speak many different languages, and it is not always an easy task to communicate using just English, for example; but, for me, music is my language and my means to communicate with the world. I listen to various genres of music from around the world, and through the music I feel the communication of humanity to me and I am hence able to reply with my own.

When you first found out about your trip to Egypt, what expectations and/or hopes did you have?

Since this is the first time for me to come here, I was very excited because I had always wanted to visit the country. I hoped I would have had at least two or more weeks to stay and travel in the country, but unfortunately, I have various concerts around the world to perform on a tight schedule. I am hoping that my performance in the concert will help me create and feel that bond with the amazing people of Egypt.

How are you finding your stay here at Kempinski?

I have stayed in many different Kempinski hotels around the world, and I just know it is one of the best hotels you can trust to stay at anywhere in the world, and in Egypt as well.

Your ‘Ballade Pour Adeline’ is a legendary work of art that has inspired and entranced millions of people; tell me about how you found the inspiration to begin with and how it has influenced your career?

The Ballade Pour Adeline was bestowed upon me by Paul de Senneville and Olivier Toussaint. They had heard my work at a younger age and trusted me to be the one to deliver this work of art. It was truly a highlight in my career that boosted me to different horizons; I am forever grateful for that.

When people listen to your masterpieces they are instantly engulfed by the depth and alluring romantic attraction that your music conveys; even former first lady Nancy Reagan has named you ‘The Prince of Romance’. I have to ask you, what elements of love and romance from your personal life have helped inspire you to be rightfully crowned The Prince of Romance?

It is an honour, of course, to have earned that title because I believe that music is all about the passion and the love. Through my work, I always use and apply this sense of romance because it is one of those elements that humanity, in general, can always relate to. My life has always been full of romance and I feel it is only fair to convey such love to the rest of the world through my work.