From Tokyo streets to Yamama street, The Shelter is set to become a stunning portal into Japan's blossoming street art scene. 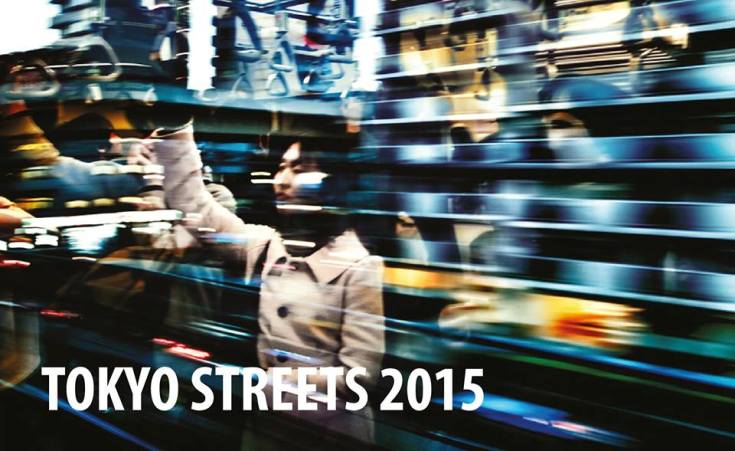 Tokyo is one of those places that's intriguing to many but inaccessible to most. It's one of those places everyone's always curious about because it's futuristic, especially to us Egyptians. Most people go to Tokyo for work and, realistically speaking, most of us won't end up doing that. But we're a curious bunch; we want to see what things are like and how these people live. Sure, movies bring us a little closer - Tokyo Drift, anyone? - but it's not the same thing. For the fans of all things Japanese who most likely won't land that CEO position in Tokyo, good news! Bluestreets is bringing the streets of Tokyo to The Shelter on Yamama St. for a street photography exhibition that'll bring more than just sushi to Egypt's bustling island.

Tokyo Streets is the latest photography exhibition to call The Shelter home, going down on Saturday December 5th, and means we get to see Tokyo itself moved through a time machine and joining us in Zamalek. Each image tells us an entire story of everyday life in Tokyo, saving us an expensive ticket and one hell of a long flight. Instead, we get to kick back at The Shelter in Zamalek because, of course, where other than the gallery-hopping, bar-hopping, cafe-hopping streets of Zamalek would we be able to catch a glimpse of the Tokyo streets? But what brings Tokyo to Cairo, anyway?

“When Bluestreets wanted to do a Tokyo street gallery, I was very intrigued to host it here in Egypt. It's a marvellous chance to show the Cairo audience highly modern urban street photography, and enlighten them with more future-forward captures from Japan,” The Shelter owner, Youssef Al-Alfy, told us. We're used to seeing clean-cut classics over at The Shelter, with exhibitions focusing on things like black and white photography and the classic culture of Egypt - not modern, nor urban, nor future-forward, just classy. “At The Shelter, we got our audience used to classical styles from our previous exhibition ‘Al-Arwah’ for Al Piaro. It’s an opportunity to provide a different style and introduce an international collaboration with Blue Streets,” Al-Alfy elaborates. In bringing the streets of a future-forward city like Tokyo to the ever-so-curious people of Egypt, not only is The Shelter satisfying their insatiable curiosity but they've also chosen the right subject through which to introduce Cairenes to all things urban.

Taking us to the next level, as if they already hadn't, this Bluestreets exhibition highlights the contrasts between three international photographers and the lenses through which they see Tokyo - Tadashi Onishi, Tatsuo Suzuki, and Mitja Kobal, the latter of which is Australian-based. Adding their own touch to the exhibition, The Shelter is also integrating another six-image series on the streets of Cairo. While each perspective is unique to its own photographer, Kobal's perspective brings a different flavor to the exhibit as he sees Tokyo through an Australian lens. Australia, as much as it's modern, still leans toward a rural environment. Someone coming from a place like this and taking pictures in Tokyo will find angles that link both worlds - the Australian and the Japanese - portraying something totally different from a Japanese photographer capturing Tokyo.

When we asked Al-Alfy whether this kind of exhibition can be a series of more cities, he said that “other city exhibitions still remain undecided, but stay tuned with us as we have two more exhibitions ongoing this month.” The experience of an exhibition makes us see things in different ways - or to see daily life from an artistic aspect, making our lives more unique as various forms of international art are precious keys that expose differences in cultures while highlighting similarities often overlooked.

Take to the streets of Tokyo through Bluestreets' Tokyo Streets Exhibition in collaboration with The Shelter, happening on December 5th at 7 PM. Get event details here, and check out The Shelter on Facebook and Instagram, as well as Bluestreets on Facebook.