The Victim: A Cinematic Feat Against Sexual Harassment

We speak to young Egyptian director Safwan Nasser El Din who, after wowing at Cannes 2014, has just released his short film 'The Victim' online, portraying the harrowing effects of sexual harassment in Egypt. 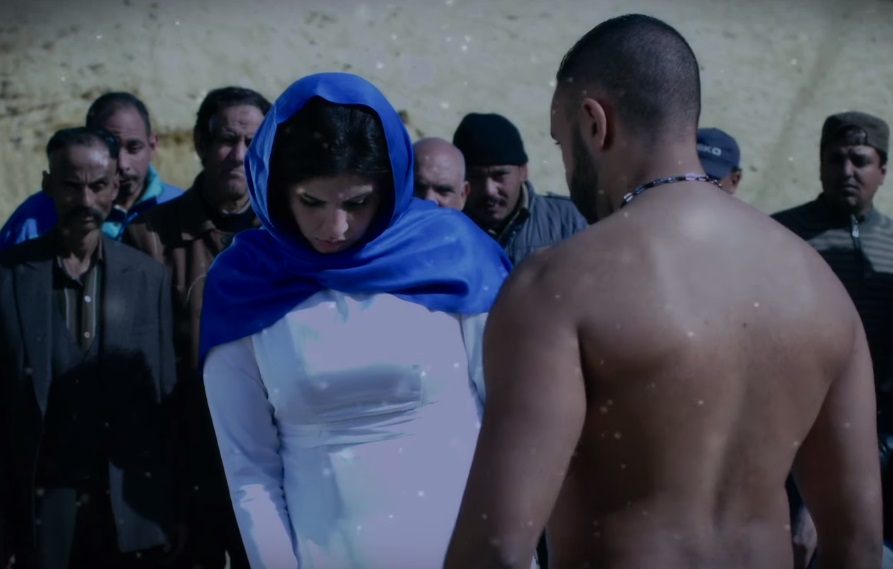 Whilst many a viral video has emerged from Cairo, depicting the sexual harassment problems that blight the nation (91% of women in Egypt have been sexually harassed), 26-year old Egyptian director Safwan Nasser El Din created a monumental anti-fantasy land with his short movie The Victim which hits home and pulls at your heart-strings more than any hidden camera could, beautifully purveying the cognitive idiosyncrasies that play out on a daily basis between Egyptian men and women.

Screened at 2014 Cannes Short Film Corner, The Victim's protagonist, played by Enas Ellithy, stands in the centre of a menacing circle of everyday Egyptian men in a white dress and blue veil. Her inner monologue echoes her disgust and exasperation of having to live through the eyes of sexually frustrated and ignorant cowards every day, belittling the egotistical macho man nature embedded in Egyptian men - "you harass me because of your failure to prove your existence," - while ruing the media conditioning that had led to the chauvinism and sexism in our society - "you made the role model a thug and a slut," - before the men, of course, turn the blame onto the woman; "how can I be called the victim and the culprit at the same time?"

The idea for the film came about after El Din heard the harrowing tale of one of his own friend's experience with sexual harassment and began penning the script after two days. "I spoke to many of my female friends and we got lots of opinions, very hard ones, and some very sad stories, that helped me when creating the film," he explains.

It's strangely rare for the issue of sexual harassment to be put forth by men in this culture, but El Din sees it differently, "I don't differentiate between a man and women to discuss any issue. We are all affected by it, your sister, your mother or your wife can be victims."

The climax of the short film sees the woman rise up against the men and a lifetime of harassment, as the men shy away in fear. We hope, in this case, life will imitate art.