The Writing's on the Wall

Some of you may have had the fortune of coming across a great book by Sherif Boraie, Wall Talk: Graffiti of the Egyptian Revolution. 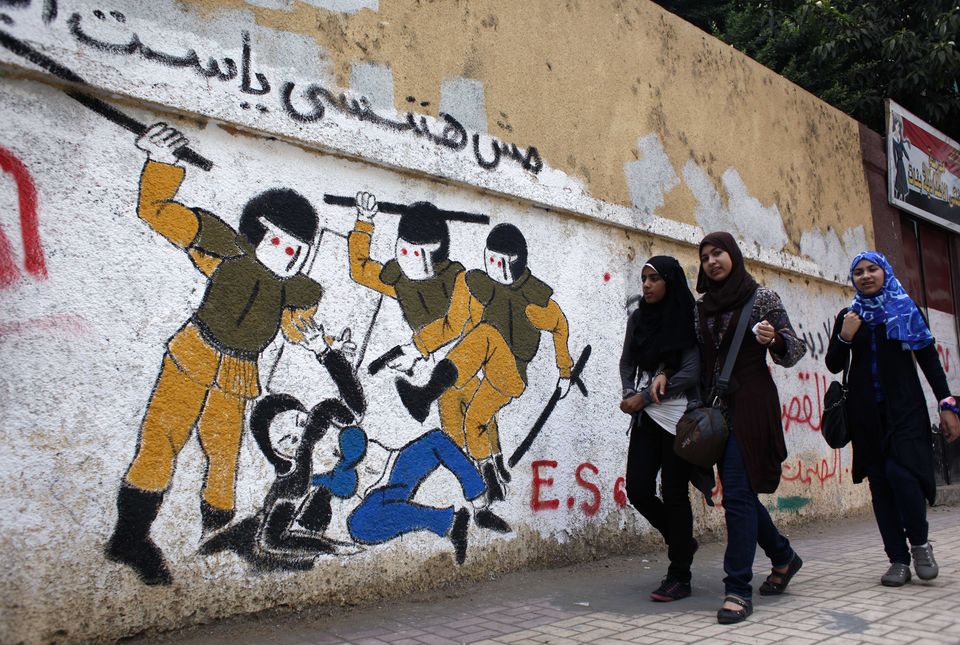 Originally inspired by Maya Gowaily’s Facebook page, this book uses graffiti images from the streets of Cairo to chronicle the events of Egypt’s upheaval, from its beginning in January 25th 2011 until Mohamed Morsi was declared president on June 30th 2012. And just as the mystic “writing on the wall” foretold the fall of the Babylonian Empire in 539 BC, the graffiti on Cairo’s walls were a sign of the impending fall of Mubarak’s 30-year reign.

The event at the Intercontinental Semiramis, which will be hosted at the high-tech meeting and conferences centre, the Pavillion, shares the goal of the book in raising the profile of a form of art that has grown and developed tremendously over a span of merely two years. Street art has been around in Egypt since before the revolution, although it was still a young and undeveloped art form, and hadn’t yet assumed the important role in society it occupies today. The book, featuring hundreds of pieces of Egypt’s most important contemporary art form, illustrates, in vivid colour, the evolution of Egyptian graffiti into a genre all its own. It provides a timeline of the events that took place during the this critical period, and mirrors these with the untainted artistic response to these events, as painted on the walls of Cairo.

Perhaps most significantly, this book is a permanent record of many of the period’s most significant pieces, a great number of which have since been painted over. While this censorship threatens the movement, on the one hand; political parties parasitically abuse this art form, on the other. To this end, the contributors that made this book possible, from the photographers to the writers of the timeline, have decided to donate the proceeds from book sales to support Mosireen (mosireen.org), the independent media collective of young activists, who in turn will support (as they have been doing) graffiti artists.

If Egyptian street art is to thrive and blossom into a distinct art form, it is necessary that the younger generations take pride in its origins and sustain its revolutionary purpose, in stark defiance of the forces that seek to destroy it, marginalise it, or take it hostage. Viva la Revolución!