A crowd-funded new book aims to encapsulate Egypt's revolution for future generations through a collection of graffiti and essays by the country's most prominent artists and activists. 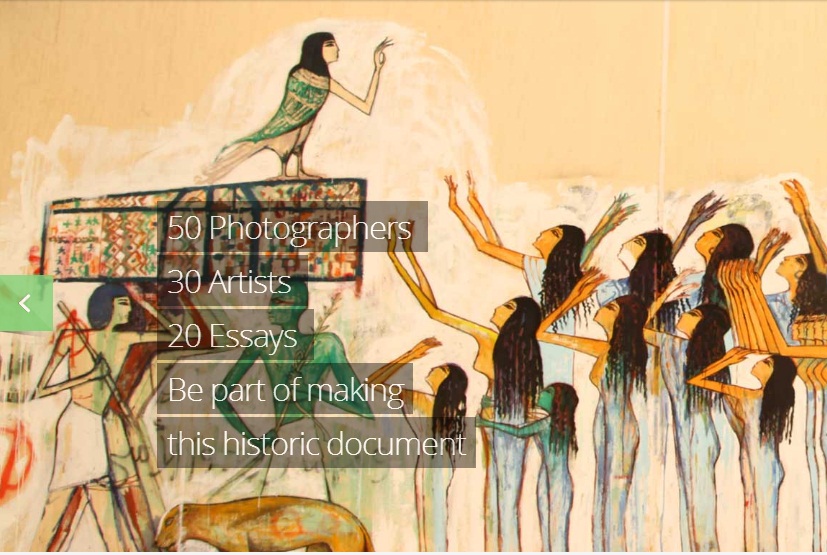 A lot of things have happened in Egypt since 2011. There are many changes that have occurred that have forever changed the national identity of every Egyptian. Have you ever thought about how you will explain what took place here to your future children, or your grandchildren? The good news is there is a new book that will be an asset for the future generation. Curated and edited by Don Karl and Basma Hamdy, Walls of Freedom combines a collection of the 30 of the most influential artists who have turned Egypts walls into visual testimony of bravery and resistance. It also includes a collection of 20 essays and thoughts written by Egypt's prominent artists, historians and activists including Mona El Tahawy, Ganzeer, Bahia Shehab, Sad Panda, Diala Haider, Yasmine El Shazly, and Sondos Shebayek, as well as a foreword by the one and only Ahdaf Soueif. It's also interesting to note that the funding behind the book was completely crowd-sourced through an IndieGoGo initative which exceeded it's goal by a whopping 86%.

We mustn't forget that it wasn't just a political revolution, it was an cultural revolution too. Focusing on the two, the book is a day-to-day reflection of the volatile and fast-shifting political situation as told through grafitti across major cities in Egypt. In other words, it's a visual time capsule. Often they say that a picture says a thousands words, well this collection will say everything you may forget in the future.

Find out more about Walls of Freedom on their website: http://wallsoffreedom.com/