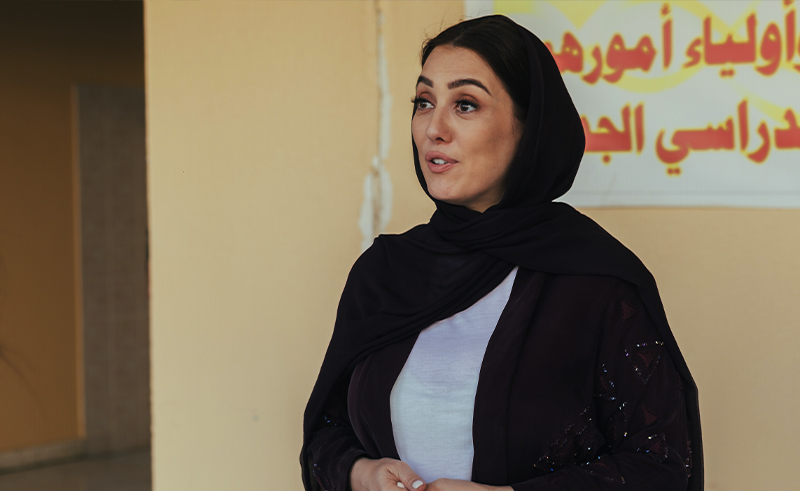 New pictures have just emerged from Kinda Alloush’s first-ever Bollywood flick. Titled ‘The Yellow Bus,’ the film is a co-production between the USA, Mexico, India, Jordan, and the United Arab Emirates. It is currently being shot, and shall screen exclusively on OSN Network as one of its originals, but not before it completes its screenings in theatres and international film festivals.

In the film, Kinda Alloush plays Mira, a school principal, while fellow co-stars Tannishtha Chatterjee and Amit Sial take on the roles of the parents of a deceased student. The movie touches on several topics, such as motherhood, identity, social alienation and loss, all of which are tackled in the context of Arab communities.

‘The Yellow Bus’ is written and directed by American filmmaker Wendy Bednarz and brings on the multi-award winning cinematographer Sofian El Fani, the same man behind the Arabic remake of Netflix’s ’Perfect Strangers’.