After the prime minister expressed his surprise at the state of public health services in Egypt, hundreds of thousands of Egyptians have joined a satirical but deadly serious Facebook page filled with images so he's not so shocked next time... 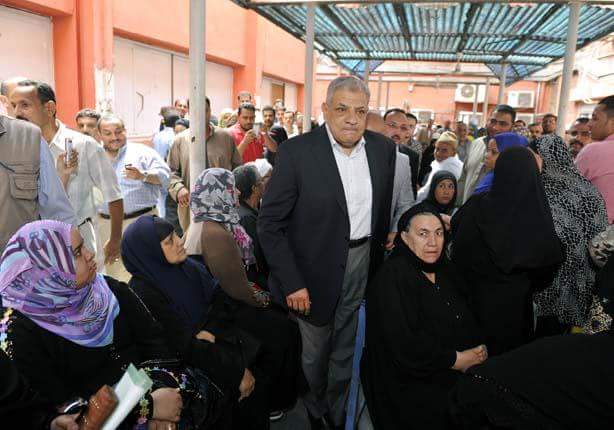 It is no secret that government-run institutions are often badly-equipped and extremely dilapidated. For many there is no better example on how terribly managed government institutions truly are then when visiting a public hospital. Deciding to pay a visit to see the conditions for himself, Prime Minister Ibrahim Mahlab recently stopped off at the National Heart Institute.

Upon touring the premises the PM stated that he was shocked by its terrible conditions, a fact everyone seemed to know except for him. Looking to have fun at his expense, a Facebook Page was created entitled “So That He isn’t Surprised", and has basically become a feed filled with photographic evidence and testimonials highlighting the state of deterioration of Egypt’s public health sector.

In just a few days, the page has amassed an impressive 155,000 likes. Here are some of the most damning pieces of evidence among hundreds of posts: At least it's equipped with an energy efficient light bulb... No wonder building collapses are frequent, especially when half the ceiling is exposed and no one seems to be bothered. We'd rather just die at home in our own beds. Are these dead flies or rat droppings? You decide... We love cats but not on our hospital beds or going through our medicine. The page is littered with cat photos giving the impression there are more cats than patients. So dirty we'd be better off opting for a colostomy bag. We can't imagine leaving the patients IV drip on the ground is a good idea. Taking pictures during surgery also seems shocking... Focus on the surgery and not the Instagram. Does everyone in this country fear using garbage bags? Apparently when cats are around, the rest of the animal kingdoms will follow... Just when you thought a medical chair couldn't look scarier and less efficient, comes the Omega.