After harassing a female student at their school, 23 male students were arrested, putting into force the anti-sexual harassment law passed by the cabinet last month. 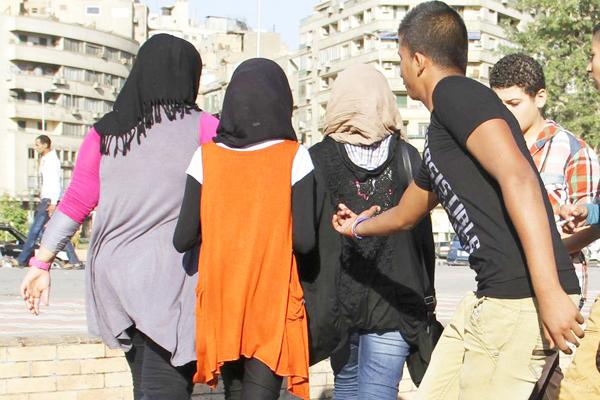 Sexual harassment is a troubling phenomenon that hald of Egyptian society faces on a daily basis. Yet, all too often harassers get away with despicable acts without ever having to deal with the consequence.

That is why it is welcome news that nearly two dozen male school students were arrested Tuesday in the southern city of Sohag for sexually harassing a female classmate, according to Al-Ahram website.

The incident took place during the end-of-year examinations, when the 23 students decided to harass the girls at school. Very few details were disclosed about the incident, but the arrest signals a shift in attitude by the authorities, who are finally treating sexual harassment as the crime it is.

According to a joint study by the United Nations and Egypt's Demographic Centre and the National Planning Institute, out of hundreds of women surveyed, more than 99 percent across seven of the country's 27 governorates reported being sexually harassed, ranging from minor harassment to rape.

After years of talking about taking stricter measures against harassers, the cabinet finally approved a new anti-sexual harassment law last month, setting fines and prison sentences for offenders. Before this law was issued, there were no specific laws addressing sexual harassment, so the fact that the government has not only passed a law but is actually enforcing it is a sign of progress.