With China providing Egypt with services, from currencies to establishments, it's probably a good time to bring in Chinese geochemist Sun Weidong's controversial theory about China's Egyptian origins. 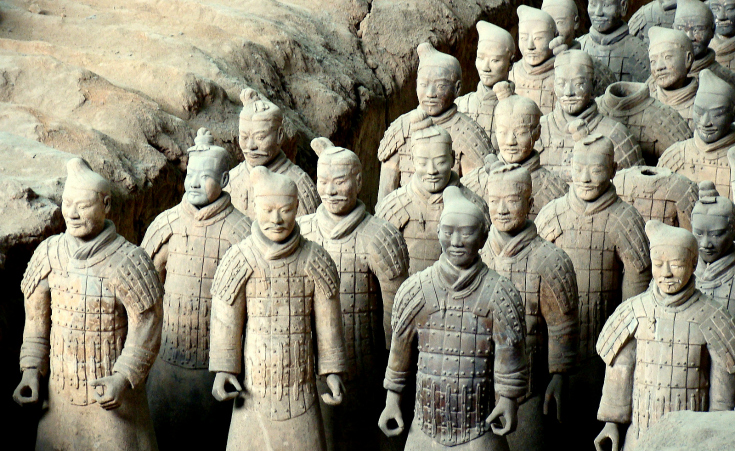 In a lecture Sun Weidong gave at University of Science and Technology in Hefei, China, the geochemist presented several historical and scientific reasons to support the theory that ancient Chinese dynasty was built by ancient Egyptians, according to Foreign policy.

The first reason for this is a topography dating back to 2070-1600 B.C. that was written by historian Sima Qian of the Xia empire – the description talked of a river, that flows northward, and divides into nine rivers. There was no doubt that many believed this river was China's Yellow River, which united the tribes of the dynasty to control its flooding when it happened, however, geographically speaking, the aforementioned river does not flow northward, nor does it divide into nine distributaries – only the Nile does. Of course, this came as a shock to his audience, as the Xia Empire, which is the first dynasty in China described a body of water that may have been referring to the longest river in the world, the Great Nile. However, it could be argued that, while the Yellow River does flow east-west, it still distributes its water to nine places, and flows into the Yellow Sea. But, in the words of Qian, “Reunited, it forms the opposing river and flows into the sea,” which fits the description of the Nile delta.

Another reason is the Hyksos, who were multi-ethnic peoples who ruled Egypt, and ended the Thirteenth Dynasty of Ancient Egypt, and commenced the Second Intermediate Period of Ancient Egypt. In Egyptian history books and curricula, they were always referred to as the people who brought along an early industrial revolution to Egyptians with their carts. Now, Weidong makes another theory, "China’s Bronze Age technology, widely thought by scholars to have first entered the northwest of the country through the prehistoric Silk Road, actually came by sea." The Hyksos, after being expelled, were believed to have migrated to China, bringing with them the same technological innovations that were developed in Egypt during the Hyksos' dynasty, "bronze metallurgy, chariots, literacy, domesticated plants and animals."

The third and last strong reason that relates to the second one, is that the bronze that was found in the ancient city of Yin, is not native to China, but rather, African mines, which is the same as those from ancient Egypt, "while performing radiometric dating of ancient Chinese bronzes; to his surprise, their chemical composition more closely resembled those of ancient Egyptian bronzes than native Chinese ores," according to the scholar.

Undoubtedly, his theories are quite revolutionary, but at the same time, the discussion he has opened was quite heated – as most of the reactions he has gotten believe his theories do not prove that Egypt build ancient China, but are merely influenced by it.