From Facebook’s massive online business course to tech bootcamps in Cairo and Beirut, to Cartier’s prestigious entrepreneurship competition, the next few months are abuzz with activities for women in MENA. 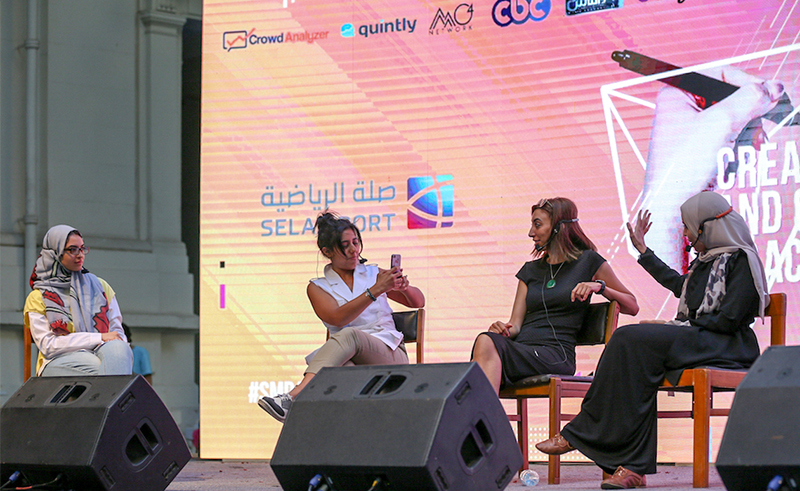 Earlier this year, MENA was home to some of the world’s most inspiring entrepreneurship conferences and events, including Cairo’s Maker Faire and Dubai’s Innovation Arabia Summit. Cairo’s Greek Campus hosted Mashable’s Social Media Day event just last week, when the region’s experts gathered to spill the beans on their best kept tips and secrets. But what’s on the horizon for the fierce businesswomen in our ranks?

About 24 percent of tech startups in the Middle East have a female founder, according to a 2015 study by ArabNet; and despite the number outshines global hubs such as New York - where only 15 percent of startups are founded by women - the figure shrinks when it comes to venture-backed startups: only 12 per cent of entrepreneurs who secure investments in the Middle East are women. Is the region anywhere close to closing the gap? Well, these events might at least comprise an exciting attempt. For ladies looking for chances to enhance their professional skills and carve their own way in a male-dominated sphere, these are the tech classes, networking opportunities, entrepreneurship competitions to keep an eye on these coming months.

Entreprenelle, the Egyptian support network for women entrepreneurs, is hosting one of the year’s biggest events for ladies in business this Friday, July 21st. She Can, a day-long conference featuring speakers, workshops and tons of activities, is setting off to educate and empower women navigating Egypt’s rocky entrepreneurial landscape. Founded in 2016 by Rania Ayman, Entreprenelle is already a successful business in its own right, having already hosted five major events, numerous conferences across the country, and partnered with 30 successful lady-powered businesses. More information can be found on Entreprenelle’s event page. Tickets cost 150 LE and can be purchased here. The 'She Can' conference is taking off at the Greater Cairo Library in Zamalek on July 18th.

The fifth annual international conference on Arab Women in Computing/Technology is being hosted by ArabWIC the second weekend of August in Beirut, Lebanon. A celebration of Arab women in technology, the conference will host over 500 technology professionals and investors. Aside from hot topics such as innovation, trends, and entrepreneurship, the conference will end with a promising three-day tour of Lebanon. More information on the event can be found here.

One of the world’s most legendary names in the jewellery industry is hosting its 11th annual Women’s Initiative Awards competition, the Cartier Women’s Initiative Awards. With the partnership of consulting giants McKinsey & Company and INSEAD business school, the high-end powerhouse invites women entrepreneurs from all sectors and all over the world to apply for the program, which will award its 6 first-place winners with $100,000 and personalized business mentorship. Previous editions have awarded Egyptian entrepreneur Sara-Kristina Hannig Nour, founder of Sara and Lara's Barkets, and Raye7's co-founder, Samira Negm. More information about the Women’s Initiative Awards can be found here. Applications are due on August 31st. There’s a serious imbalance in the gender ratio in tech, and the AlMakinah programming bootcamp aims to combat the phenomenon through superior education opportunities for women. This 100-hour frontend web development course is being offered in a women-only edition at AUC Tahrir from the 20th-31st of August. Attendees will learn the basics of programming and website building, which will widen their scope of professional opportunities and skills. The deadline for applications is August 4th, and the link to apply can be found on AlMakinah’s website. The tech startup - which was incubated by AUC's Venture Labs and last year won the Riseup Explore competition, has also partnered with Global Shapers to launch a crowdfunding campaign to support 25 women in attending the course and entering the tech field. Al Makkinah's coding bootcamps gear up students to join tech companies or launch their own startups. This time summer, they are putting the stress on women.

Back in May, the world’s biggest social network teamed up with Egypt’s Ahead of the Curve and UAE’s Sheraa Sharjah and Emirates Foundation to create a platform to teach women entrepreneurs how to take marketing matters into their own hands. The marketing essentials course is available online for free to anyone with a Facebook account (which means basically everyone) and includes brand awareness, advertising strategy, business tips, and marketing advice are among the topics in the interactive course. Ahead of the Curve frequently organises training courses, which are announced on their Facebook page. You can sign up for #SheMeansBusiness on Facebook.