The prominent Egyptian activist was released from prison today after her jail sentence for "illegal protesting" was suspended. 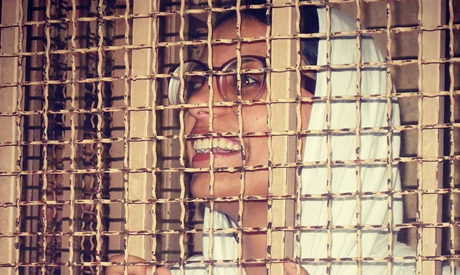 A six-month jail sentence against activist Mahienour El-Masry has been suspended. The move copperfastens her release after spending four months behind bars on charges of "illegal protesting" during the Khaled Said murder retrial in December 2013.

The controversial protest law banning all non-sanctioned protests was passed by Egypt's interim government that same month, imposing stiff jail terms and fines for violators. Meanwhile the suspension of the sentence means that she won't pay a LE50,000 fine for violating the protest law.

El-Masry previously joined a hunger strike campaign calling for the revoking of the law. However the brave activist  cut her hunger strike short over fears of the health of others in her cell, who wanted to join the strike in solidarity.

Three fellow activists including Alaa Abdel Fattah were released on bail over charges of violating the protest law last week.