Mohamed Fahmy and Baher Mohamed have been freed after more than a year behind bars. 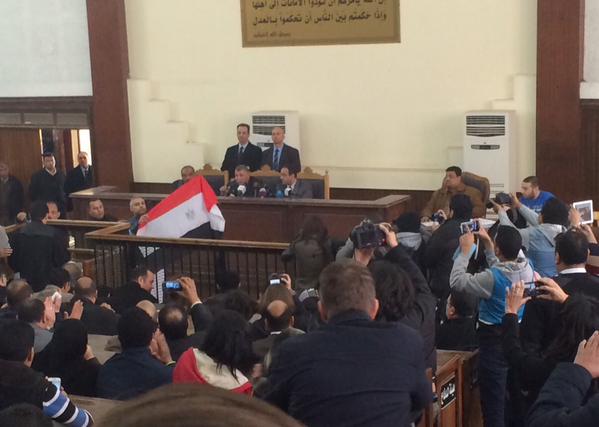 The two remaining Al Jazeera journalists were today getting their first taste of freedom following more than a year behind bars. However journalists Mohamed Fahmy and Baher Mohamed will still face trial under Egyptian law. Fahmy and his Egyptian co-defendant were released on bail an hour into today's retrial.

The pair were arrested along with colleague Peter Greste while working for satellite news broadcaster Al Jazeera English in December 2013.

Following the news he tweeted: "CONGRATULATIONS TO @Bahrooz & @MFFahmy11 This is a huge step forward. Not time to declare it over, but at least you get to go home!”

The trial was adjourned until February 23rd. Al Jazeera spokesperson Osama Saeed said: “Bail is a small step in the right direction, and allows Baher and Mohamed to spend time with their families after 411 days apart. The focus though is still on the court reaching the correct verdict at the next hearing by dismissing this absurd case and releasing both these fine journalists unconditionally.”