In September, Ahmed Mohamed made global headlines after being detained for bringing to school a clock that was mistaken for a bomb. Making headlines again, the teen is now seeking $15 million for allegedly suffering from psychological trauma from the incident's aftermath. 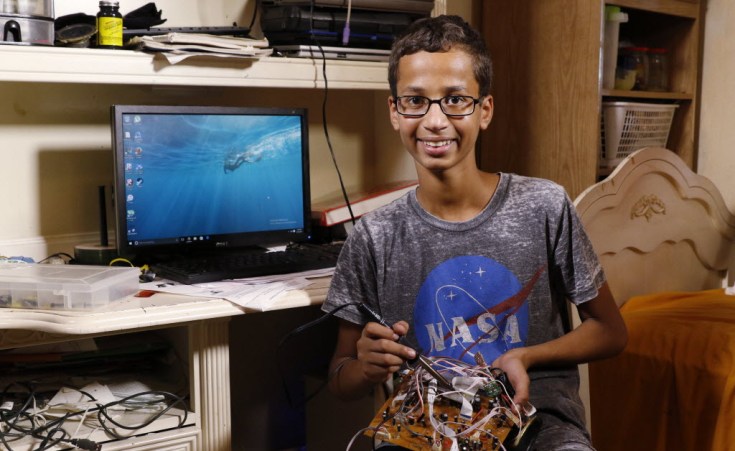 Who could forget when 14-year-old Ahmed Mohamed - dubbed 'clock boy' - made global headlines for bringing a clock he built to his Texas school, only to be detained under suspicions of building a bomb? Making global headlines again is the announcement by the teenager's lawyer on Monday, looking into suing both his school and the town of Irving for a total of $15 million.

The incident occurred back in September and immediately went viral, going so far as reaching The White House and eliciting a personal Twitter response from President Obama, inviting Mohamed to The White House and encouraging other kids to become passionate about science. Having a nation mobilise behind him, meeting the president, and getting invitations from all around the world would be welcomed by many; however, Mohammed's lawyer argues that the sudden fame has led to “severe psychological trauma.”

His lawyers go on to allege that the school, police force, and city officials violated Mohamed’s rights, wrongfully accusing and defaming him on media platforms based on his race, national origin, and religion. In the media aftermath, the family received threatening emails and, when a scholarship was offered to Mohammed, the family accepted and decided to move to Qatar.

His attorneys have sent out letters seeking $5 million in damages from the school district and an additional $10 million from the city of Irving. The attorneys have given both entities a timeline to respond to their demands, threatening to file a civil suit if they haven’t received a reply within 60 days.