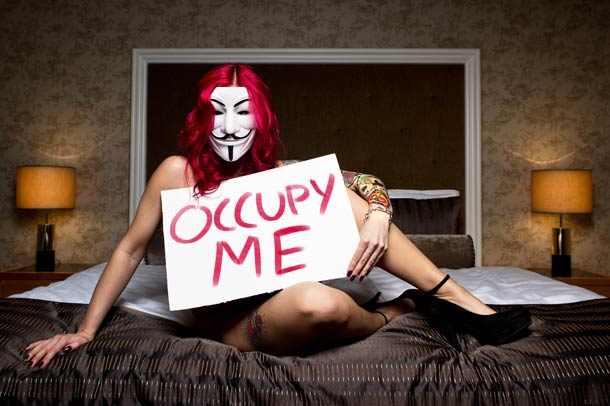 Israeli websites look set for a meltdown after hacking collective Anonymous launched an attack on the Zionist state. Hundreds of websites of Israeli ministries and organisations came under atack on Monday as part of the group's anti-Israel operation, dubbed #OpIsrael.

A statement by Anonymous said: “On April 7, 2014, we call upon our brothers and sisters to hack, deface, hijack, database leak, admin takeover, and DNS terminate the Israeli Cyberspace by any means necessary. The further assault on the people of Gaza, who have been flooded by your sewage, terrorized by your military apparatus, and left to die at the border while waiting for medical attention will NOT be tolerated anymore. We will not stop until the police state becomes a free state and Palestine is free.”

Meanwhile another hacker group posted a video saying that the attack will target every possible Israeli website in order to show solidarity with Palestine.

The stunt follows a similar campaign in April last year which caused the shutdown of the Israeli parliament, ministries and other government websites.