Combining everything he knows about politics, Hollywood and the Internet business, Adam Mowafi has a plan. Any takers? 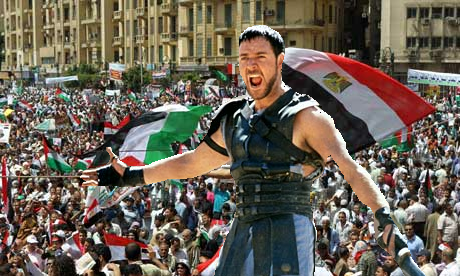 There have been massive rumors floating around that the April 6th Movement is now American funded and Serbian trained, and has abandoned  its original goals and joined forces with the MB (not to be mistaken with the MiB). I have no idea if this is factual and that’s besides the point. The real issue is: if it’s is now possible to gain funding for being a ‘movement’ and with the economy in such disarray, maybe I should start one.

My idea would be to combine everything I have learned from Hollywood, politics and the internet business to create the perfect movement and attract investment.

Are you not entertained?
First thing’s first: the name. Always go one better than your competitors. My movement will be called April 7th. That is one better than 6th.
The reason Al Gore lost was not because he wasn’t smart, it was because he lacked Bush’s charisma. As such we will only fight using Capoeira – entertaining to watch and effective.
A movement is not really a movement unless it has some amazing quotes for the press. As such, April 7th spokespeople will only use modified quotes from the film Gladiator:
“I don’t pretend to be a man of the people. But I do try to be a man for the people”

“Today, I saw a slave become more powerful than the Emperor of Rome. Sorry SCAF, I meant SCAF.”

When we get to Tahrir after visiting the First Mall: “At my signal, unleash hell. “

When I get arrested by Morsi: ” My name is Gladiator. Sorry Adam, my name is Adam.”

April 7th to Ikhwan: “People should know when they are conquered. “

“There was a dream that was Feloul. You could only whisper it. Anything more than a whisper and it would vanish, it was so fragile.”

‘I may die here in this Amici or in the arena tomorrow. What possible difference can I make?”

“I will bring them death, and they will love me for it.”

“The Mob is Egypt”

“It vexes me. I’m terribly vexed.”

“Some of you are thinking that you won’t fight. Others, that you can’t fight. They all say that, until they’re out there.”

As you can see I have the plan laid out.

Who will fund me?

Dear Russia and China I am open to offers. 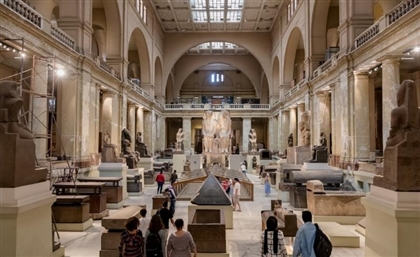