The survey, released in Dubai today by PR Consultancy ASDA’A Burson-Marsteller, suggests the majority of Arab youth reject Daesh, but that as many as 13 per cent would join them if it were non-violent. 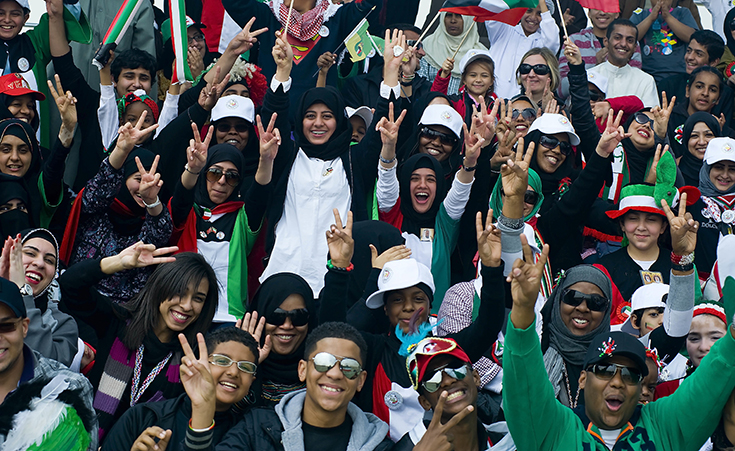 An “overwhelming majority of young Arabs reject Daesh” and believe the group will fail to establish an Islamic state, according to the Arab Youth Survey, a study of 3,500 Arab youth across the Middle East, which was released in Dubai today.

The study indicates that three in four Arab youth are concerned about the rise of Daesh, but just one in six (15 per cent) believes the terrorist group will ultimately succeed. Though concern is rising – with 50 per cent of youth citing it as the biggest obstacle in the region, up from 37 per cent last year – tacit support for the group is declining with just 13 per cent agreeing they could see themselves supporting non-violent Daesh, compared with 19 per cent in 2015.

Even though the survey sample is relatively small considering the Middle East’s youth population of 200 million people, it provides an insight into the evolving hopes, concerns, and aspirations of the region’s young population. However, if the statistics are accurate, 13 per cent is not a figure void of concern, in a region that is believed to be one of the world’s largest youth population, with an estimated 60 per cent of the population under 25. The statistics were released today by PR consultancy ASDA’A Burson-Marsteller in a press conference at Dubai’s Ritz-Carlton DIFC. The prestigious company, which won the Middle East Consultancy of the Year 2015 at SABRE Awards, included respondents between the ages of 18-24 across 16 countries in the region. Youngsters were interviewed face-to-face in a 180-question survey conducted by International polling firm and Burson-Marsteller subsidiary Penn Schoen Berland (PSB) between January and February 2016.

Among other key findings, youth across the Arab world identified lack of jobs and opportunities as the number one recruitment driver for Daesh. “A quarter (24 per cent) of Arab youth believe that lack of jobs and opportunities for young people is one of the primary reasons why some are attracted to Daesh,” states  Sunil John, Chief Executive Officer Asda’a Burson-Marsteller in a white paper published alongside the survey. “One in four do not understand why anyone would want to join the militant group,” he added. “The International Labour Organisation believes up to 75 million people are jobless in the Arab world. This depressing statistic, and the corresponding pessimism felt by so many responders to our survey, is a demining indictment of the governments that have failed to address this key issue,” the survey paper stated.

Other reasons listed for Daesh’s recruitment of young people included the belief that their interpretation of Islam is superior to others (18 per cent), religious tensions between Sunnis and Shias (17 per cent), and the “rise of secular Western values in the region" (15 per cent). “Many people in the region may reject Daesh due to its extreme tactics, but the issue remains that the group exploits existing problems. It did not simply invent the problems the responders identified as factors,” says Hassan Hassan, Resident Fellow at the Tahrir Institute for Middle East Policy and co-author of the book, Isis: Inside the Army of Terror.

Other key findings conclude that youth’s opinion is split over whether the U.S. is an ally or enemy. While two thirds of young Arabs view the country as an ally, one third see the country as an enemy, especially in Iraq (93 per cent), Yemen (82 per cent), and Palestine (81 per cent). Perhaps one of the most surprising findings is that most young Arabs today prioritise stability (53 per cent) over democracy (28 per cent), five years after fighting for political freedom during the Arab Spring. “I don’t read that as the youth turning their backs on democracy, or even the possibility of change,” says Faisal Al Yafai, Chief Columnist for The National newspaper, in an expert review of the study. “Rather, I see it as a retrenchment, as a belief that the best way to get personal autonomy and economic prosperity is to first seek stability in an ordered political system.”

The survey also suggests that the UAE is viewed as a model country for the fifth straight year, and is the most favoured nation to live in and set up a business.