As four Google engineers suggest 13 emojis to empower women, our Sanabel al-Najjar isn't convinced that these forms of expression will give women power. 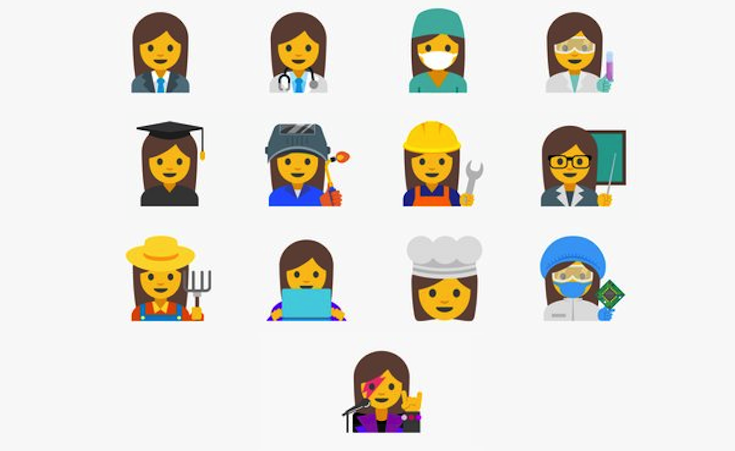 In a perhaps mildly controversial move, Google released news that a few of its engineers have recently designed emojis (also known as emoticons) depicting professional women, according to BBC News. The set of 13 emoji were presented by four of Google’s engineers during the Unicode Consortium.

Even though the gesture signifies an attempt at incorporating a form of feminism into the designs, thus making the experience of virtual communication and social media expression more authentic and relatable, there are two other potentially overlooked issues closely associated with such initiative that need to be at acknowledged.

The first issue is that not only do women and girls aged 16-24 make up 82 percent of emoji users – according to the same source – but that more than 50 percent of emojis used are 'stereotypical' ones such as the dancer in the red dress. Therefore, users should be well aware that the main driving force for this ‘women empowerment’ gesture has really been marketing purposes. Financial gains were the initial aim, rather than a pathetic virtual powerless tool of ‘women empowerment’. This is a classic example of how customers fall in the trap of emotionalism in marketing, or assuming the ‘Good Samaritan’ perspective of ruthless markets.

The second, and perhaps more serious, issue is that such a gesture is, in fact, counterintuitive and counterproductive to its alleged initial purpose. The emojis – showing women wearing farmers' costumes or dresses as nurses, doctors, teachers, and constructions workers – being labelled and released as ‘women empowerment’ not only signifies a darkly-comedic powerlessness as tiny digital drawings will not give power to women, but such emojis also signify that the exception for women is to be doctors, nurses, and engineers, instead of the norm, since they are just as intellectual and bright given their species not their sex and gender.

Despite the supposed reason for the emoji creation by the developers – that being to “recognise the importance of having an inclusive representation of all people in emoji, whether they identify with a specific gender or not,” according to CBC News – one ought to ponder whether real women's struggles of domestic abuse, child marriage, and rape have just gotten a little bit relieved by a marketing trick that plays on one’s sense of identity.