Pieces of debris from the ongoing expansion projects in the holy city of Mecca have been fetching up to $40,000... 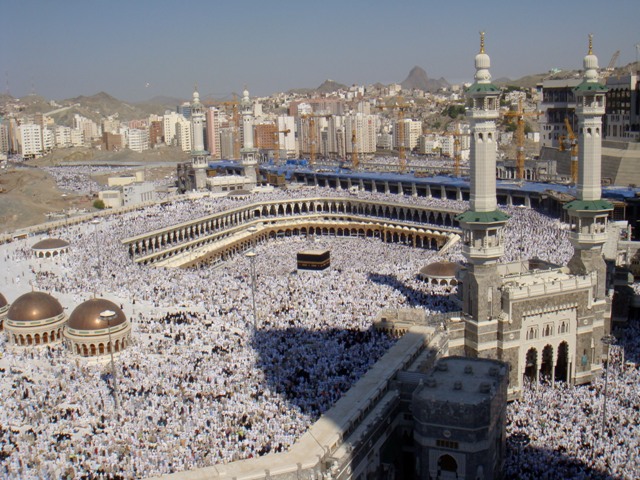 The black market knows no bounds as even pieces of the holiest Islamic site, the two holy mosques in Mecca, are being allegedly sold to historians and collectors.

According to a report by Al-Eqtisadiyah on Sunday, pieces of debris from the ongoing expansion project are fetching up to SR150,000 ($39,975). The General Presidency of the Two Holy Mosques reported that expansion and renovation plans have been carefully plotted to ensure the preservation of the historical location.

Unnamed sources revealed that expatriates working on the expansion projects were responsible for the appearances of these relics on the black market. One source tells Al-Eqtisadiyah: “They sell the pieces to accomplices for cheap prices and then the buyers resell the pieces to collectors and Islamic history and art enthusiasts. They do it with such discretion that the missing pieces are unnoticed.”

The story goes on to quote another unnamed seller in the black market who revealed that he gets his pieces from the mosques’ storage facilities. He said: “Every piece has a different value. For example, a piece from the Zamzam water well that was built in 1954 by King Saud Bin Abdulaziz can reach up to SR6,000. Another example is the copper piece that is believed to be the cover over Prophet Ibrahim’s footprint and is valued at SR150,000.”

The seller goes on to point out that his buyers vary from historians to Islamic collectors to art enthusiasts. “These ruins date back to the Ottoman Empire and have the history of the Saudi Arabian Kingdom. To many, these ruins are historical records representing the eras the Holy Mosques went through.”

It is hard to substantiate the claims as we are yet to stumble on any pieces on sale online.