Here’s a brief overview of what’s going on in Egypt, squeezed into bite size portions so you can pretend you’re smart and well learned without the hassle of being either. 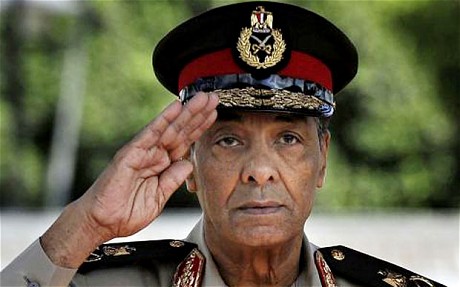 For those who don’t know quite happened in Arish* here is it in a nutshell: on Sunday evening a military installation was attacked and an army vehicle was hijacked by suspected Islamists who used it to attack members of the Egyptian Army on the Palestinian borders.

*Arish is a place you would not like to live and is not to be confused with gebna arish.

16 army personnel were killed and many more injured. Israeli forces managed to hit the army vehicle, bringing the assault to a stop.

This resulted in a late statement from Morsi saying these attackers would be brought to justice. This is of course quite ironic, and caused quite the uproar amongst Egyptians as Morsi and the FJP have been rumored to support such fundamentalist groups (recently letting many terror suspects out of prison) and have often called on the opening of the Egypt/Palestine borders.

So to recap, Morsi lets out terrorists, opened the border to Palestine during a security vacuum to essentially allow Hamas unlimited access to the weapons floating in and out of Libya and Syria. What did he expect, smiley-happy-bubble-gum trading?

The armed forces have reacted by sending planes, tanks and personnel to the border. Tantawi has also ordered all tunnels into Palestine be demolished, as well as closing the border indefinitely. Basically, the army is about to get Medieval on some terrorist asses. If Tantawi had a catchphrase, it would probably be epic.  Morsi, on the other hand, is desperately trying to join the top military brass like the loser who does not get invited to the prom after-party in high school.  Dear Morsi, you are like the Sherminator from American pie; no one likes you.

In the mass hysteria that was the illogical, post-revolution, anti-everything notion, two  very real issues were ignored: the fact that Egypt is surrounded by countries in utter turmoil and that Islamists make up the majority of rebel fighters in these areas, putting our country in a very dangerous position. Stuck between a blackout and bearded place. It makes me sad.

The Islamists were quick to blame Israel for the attacks, but with over 30 years of relative peace between Israel and Egypt, it hardly seems likely they would choose this time to alienate what is essentially one of few remaining allies, SCAF.  Despite the theory being farfetched, there are protests outside the Israeli Embassy in Maadi.

Dear, FJP conspiracy theory writers,  please check the validity of claims that everyone who protests against the Ikhwan are in fact under cover Israelis who want to terrorise the population with wild parties and loose women. Also, I would like ask you to please stop paying fake protestors, it’s getting old.