Scenes of children as young as five in army-style training have emerged from Syria as the ISIS crisis continues to threaten the region and its future generations. 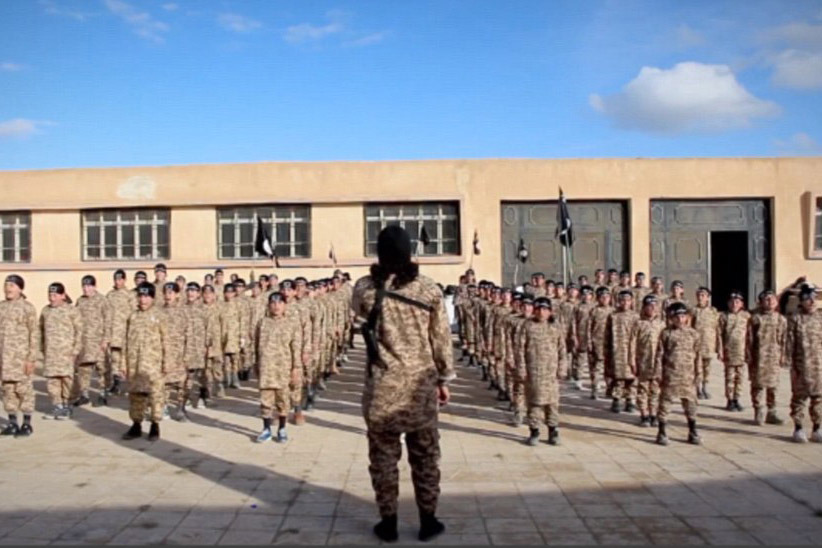 As the world continues to condemn ISIS with words, very little action is being taken allowing, ISIS to continue its atrocities while building up its army. Arguably as disturbing as the recent execution videos, come their latest propaganda video showing children being trained to become jihadists.

Dubbed the jihadist ‘cubs’ the latest ISIS video shows around 80 boys, as young five, standing in formation, doing exercises, following their commanders' orders while shouting in unison. Dressed in combat gear, the loss of innocence is captured on a video that is circulating online. The video also explores the alleged camp, showing the children, praying, reciting verses from the Quran, and discussing Islam.

The video could not be independently verified but is believed to have been recorded at a terror training camp called the Al-Farouq Institute for Cubs, in the ISIS stronghold of Raqqa in Syria, the Site Intelligence Group reported.

Devoted to covering the ongoing conflict, a website called Syria Deeply claims to have interviewed a 13-year old recruit, who was forced to join, after they threatened to kill his father. The father alleges that when his son returned from ‘summer jihadist camp’, he was given a blonde, blue-eyed doll dressed in an orange jumpsuit and a large knife, and was instructed to practice beheading the doll as ‘homework’.

The widespread sharing of ISIS execution videos have already started to influence children beyond their borders, as a recent video of Egyptian children imitating the ISIS beheadings went viral over the last weeks.