Brit Journo Stands Up For ISIS in Speech

A video of a former Sunday Times journalist was released, where he attempts to dispel what he describes as "manipulated truths" about terrorist group ISIS, with no signs of being under physical threat… 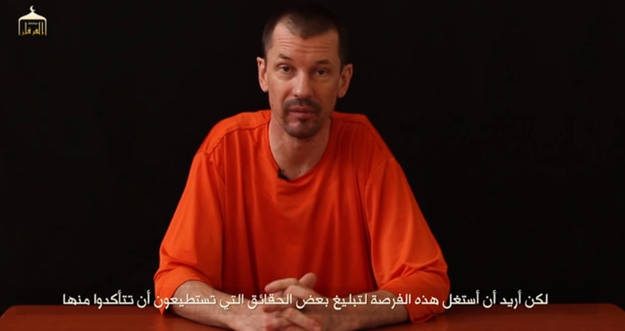 However, in this clip, the journalist is seen talking alone and speaking directly to the camera.

Cantile introduces himself as a journalist who’s worked for newspapers, including The Sun and The Sunday Times, and saysm “I know what you’re thinking, he’s only only doing this as a prisoner and he’s got a gun to his head, he’s being forced to do this.”

He later concedes, “I am a prisoner, that much is true,” and claims he is speaking out because he has “nothing to lose” after being “abandoned by his government.”

The three-minute video did not suggest there was any immediate threat to Cantlie’s life.

However, the prisoner did appear to speculate that that may not be the case in the long term.