A building collapsed early this morning on Talaat Harb Street in Downtown Cairo. Although largely abandoned, the building's collapse caused damage to the school next door, resulting in closures. 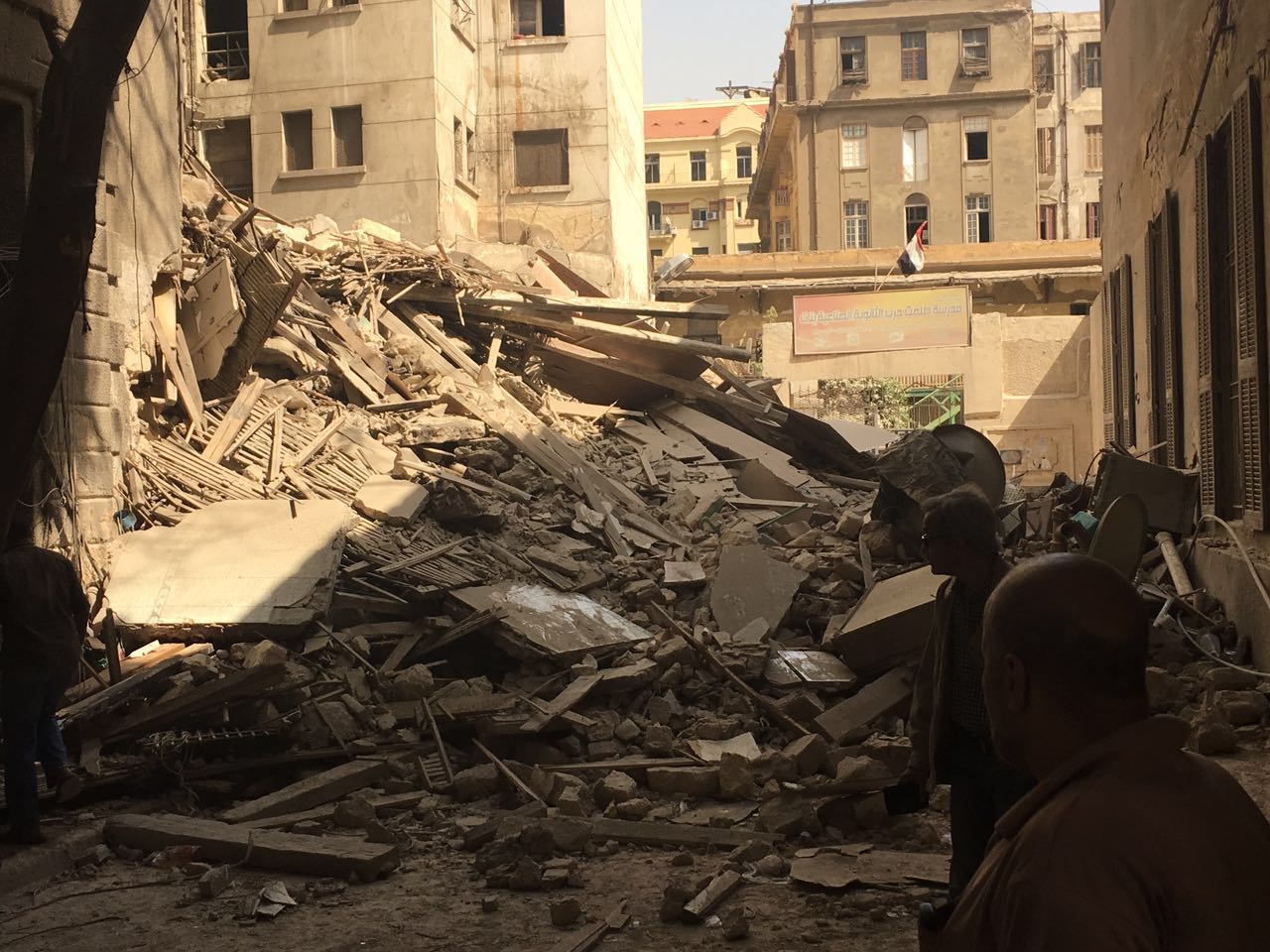 Traffic came to halt on Talaat Harb Street this morning, after a building in Downtown Cairo collapsed. Thankfully, the building was abandoned for the most part, except for Warshet El Osta Mimi, a mechanic shop operating on the ground floor of the building.

The shop was destroyed in the collapse, which also partially damaged the Talaat Harb Vocational School for Girls, which resides next door. According to Youm7, five students suffered minor injuries; however, residents in the area who witnessed the collapse tell us that the injuries were minor enough that no one needed to take a trip to the hospital.

Residents also point out that the building had been gradually collapsing over the past two weeks, and that the building seemed to be losing structural integrity, with bricks occasionally falling in the past weeks. The building was abandoned in large part over a month ago, over the growing concern that it could imminently collapse, which is likely why the injuries reported were minimal.

As it stands, the Civil Protection Forces and police have removed the rubble from the street and the school next door, which has decided to close its doors, hoping to reopen on Sunday.