A cultural boost is coming to Luxor, as the Egyptian Cabinet approves a Chinese initiative to build a new opera house along the Nile in historically rich Luxor. 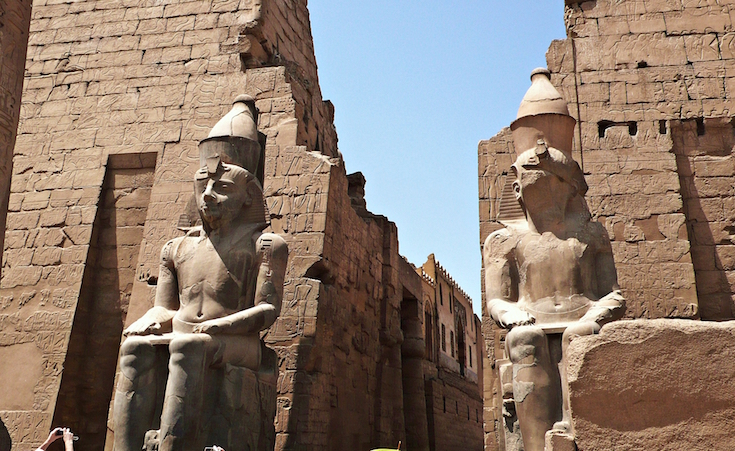 The historically iconic ancient governorate of Luxor is about to get a cultural boost, as Egypt's Cabinet approves a newly introduced Chinese initiative to build an awe-inspiring opera house in the popular tourist destination.

According to a MENA report, Egypt's Cabinet approved the plan on Tuesday 26th of January, which indicates that Luxor Governor Mohamed Badr has agreed to allocate a piece of land in front of the Nile in Luxor for the proposed opera house.

The project was proposed during Chinese Culture Minister Cai Wu's visit to Luxor last week to attend a celebration at the Luxor Temple, marking the beginning of a new Egyptian-Chinese cultural year as well as the 60th anniversary of Egyptian-Chinese relations.

In the wake of the January 25th uprising and a slew of security failures making headlines around the world, Egypt's tourism has been dealt a devastating blow that it is yet to recover from. The proposed opera house in Luxor hopes to attract tourists back to its awe-inspiring temples, by providing a boost of a culture to the already historically rich governorate.

Egypt opened its first opera house in 1968, making it the first country in the Middle East to build one. Sadly, it burnt down three years later, and it would take 17 years before being reopened, thanks in large part to contributions by Japan International Cooperation Agency. Perhaps a mere coincidence, however Chinese-Japanese relations having been strained for decades, so it seems only fitting that China would choose to provide Egypt with another opera house. Of course, we say this in jest, as China has proposed several new investment projects in Egypt indicating that Egyptian-Chinese relations are currently at their strongest.