Morsi's two and a half hour speech has failed to quell mounting tensions ahead of June 30th. 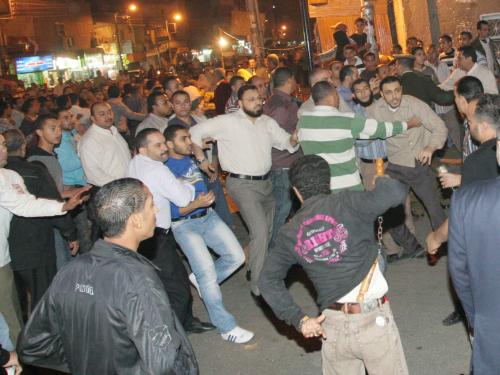 Clashes have begun between supporters and opponents of President Morsi in Mansoura, in the Daqahila governorate, which started Wednesday and is spilling into today. As it stands there are hundreds of injured and one confirmed dead, although there is speculation of a second death.

Dozens of opposition protestors detained a group of Muslim Brotherhood and Jama’a al-Islamly members in a mosque preventing them to join an Islamist rally supporting Morsi under the slogan: “No to violence. Yes to legitimacy.”

The Muslim Brotherhood named the deceased man as Abdul-Hanin Annan, however it is unclear if he was a member of not. The name of the game it seems is to make the other side look more violent, and so putting weight towards which side people die on seems ridiculous, as the only loser in the face of deaths is Egypt.

It seems that clashes are starting to spread in surrounding areas and, unfortunately, is expected to worsen the closer we get to June 30th. Hoping to quell the mounting tension, President Morsi spoke for over two and half hours last night, accomplishing nothing aside from creating more confusion and wasting our valuable time. Though his legitimacy can be debated, one thing became apparent during his speech; this guy is completely unqualified to lead a conversation, let alone a nation.