News is quickly spreading as the Court of Cassation has decided to revoke the 15-year sentence given to the CSF officer who fatally shot Shaimaa El-Sabbagh. 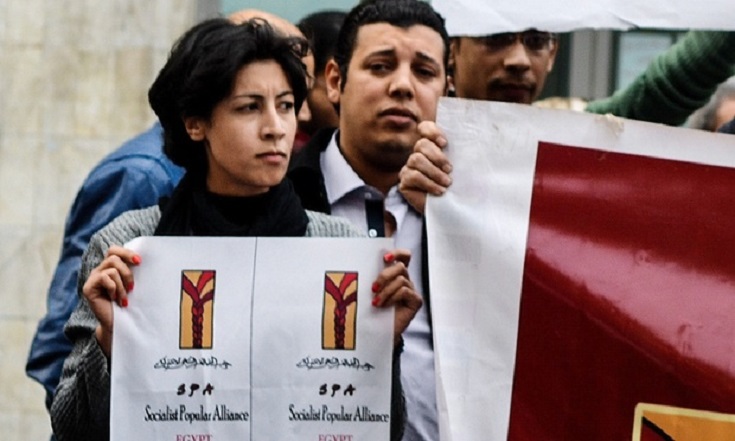 News has emerged that Egypt’s Court of Cassation has decided to revoke a 15-year sentence given to a Central Security Force officer for fatally shooting Shaimaa El-Sabbagh during a peaceful demonstration just before the fourth anniversary of the January 25th, according to Ahram Online.

Accepting his first appeal, the Court of Cassation has decided to order a retrial of Central Security Forces officer Yaseen Mohamed Hatem, to be held in a different district court than the original trial.

At his appeal, the defendant’s lawyer, Fareed El-Deeb, argued that the circumstances around the killing were exceptional, as the protest had not received a permit and was close in proximity to the January 25th uprising’s fourth anniversary. The lawyer also tried to persuade the court to revoke the ruling, suggesting that if the defendant wanted to commit murder, he would have been able to claim tens of casualties, while highlighting that the 25-year-old police officer was young and inexperienced.

Shaimaa El-Sabbagh’s case made headlines around the world after she died from a birdshot wound. At the time, a forensic official claimed that the cause of death was because she was ‘too thin’. This report instantly caused backlash on social media, ultimately resulting in the sacking of the forensic official.

Subsequently, the CSF officer was taken to court and charged with ‘beating that led to death’, which is considered a lesser charge than murder in Egypt. He was also charged with ‘deliberately wounding’ other protesters. The 15-year sentence was deemed as the first and toughest sentence against a policeman for killing protesters since the 2011 uprising.