International watchdog Democracy International has announced that they will be flying into Egypt to oversee the upcoming constitutional referendum. 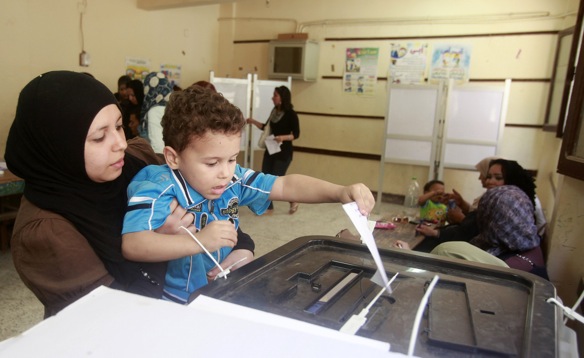 A leading pro-democracy organisation is coming to Egypt to keep a watchful eye on the interim government. Democracy International will be jetting into town, deploying more than 80 international observers across 23 governorates to oversee the conduct of voting and counting for the constitutional referendum on January 14th and 15th.

The team attempting to crackdown on corruption is set to be headed up by Democracy International Principal Eric Bjornlund and will include experts from 10 countries across the globe. The group has been invited into the country by government officials in a desperate attempt to show that the bad old days of Mubarak-style corruption are truly dead and buried.

Democracy International observers will witness all phases of the two referendum days, including opening procedures, voting, the closing of polling stations, the count, and, throughout the tabulation and the announcement of results.

The mission will then issue a preliminary statement shortly after the balloting is completed and will issue a final report in the weeks after the referendum. The reports is set to issue a verdict on the entire process, including the constitutional development process and the political environment.

This news comes as it has emerged that The Egyptian Council for Human Rights has trained 1375 overseers, from 16 different rights organisations, in preparation of Egypt's upcoming referendum on the constitutional draft.

We can only hope that the inclusion of Democracy International and others will provide hope to the many Egyptians sceptical about the upcoming election and about the future of the country as a whole.

The onus remains on the interim government to send a message that we truly are living in an open democratic Egypt - this will serve as a stepping stone along the way but what happens next will truly make up people’s minds. Stay tuned to our Twitter from 3PM tomorrow, 9th January, as we live tweet from the Democracy International press conference.