Does ISIS Have Chemical Weapons?

Increasingly worrying evidence is being unearthed suggesting that not only does ISIS have access to chemical weapons, but that the international community has been aware of their availability for many years now. 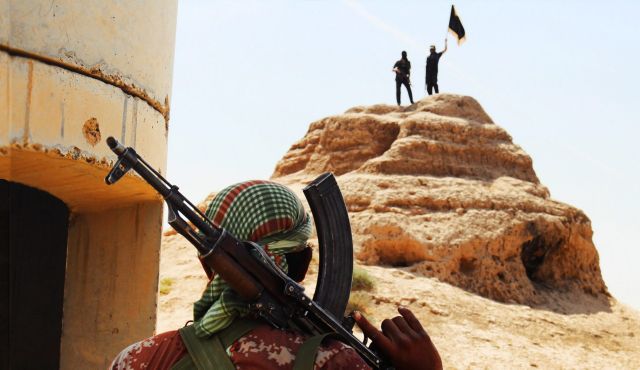 The US government knew that an Iraqi weapons hub now controlled by ISIS likely contained deadly chemical weapons, reports claim. A study by the International Affairs Center at the Interdisciplinary Center in Herzliya, Israel, claimed that ISIS had used the deadly weapons on Kurdish forces after capturing a weapons hub in Iraq's Muthanna in June.

US officials originally claimed that the group would be unable to transport let alone use the arms stored in the facility. However, a US State Department spokesperson has now admitted to the Huffington Post that the government is investigating claims that ISIS had used chemical weapons. The news comes as a New York Times article claims that previously unreleased government documents that chemical weapons had been circulating in Iraq since 2003. Worryingly, the report confirmed that US soldiers had come across mustard shells at the Muthanna plant in 2008. Despite this, the weapons find was kept secret by the government throughout the Iraq war, the newspaper claims.

The weapons - thought to come from a period earlier than the US-Iraq invasion - were meant to be encased in concrete by the present Iraq government until weapons inspectors were forced to leave the area citing the deteriorating security situation. A letter from Iraq's ambassador to the UN said his government would deal with those weapons "as soon as the security situation has improved and control of the facility has been regained."

Muthanna has since fallen into the hands of ISIS thugs.

The claims are backed by photographs released by the Middle East Review of International Affairs which appear to show signs of chemical weapons use on Kurds defending the city of Kobani. Speaking about the pictures, the former head of Syria operations at the Organization for the Prohibition of Chemical Weapons told Buzzfeed:“The injuries in the photographs appear to be consistent to some sort of chemical burn... On the balance of probability, the limited evidence indicates the people in the photographs have suffered from some from, amongst other possible trauma, chemical burns. If the intent by the user was to have the chemical caused injury and death, then whatever it might be , a chemical weapon was used."