Egyptians fed up with low internet speed and high costs are taking to Facebook and Twitter to demand Internet providers to reform. 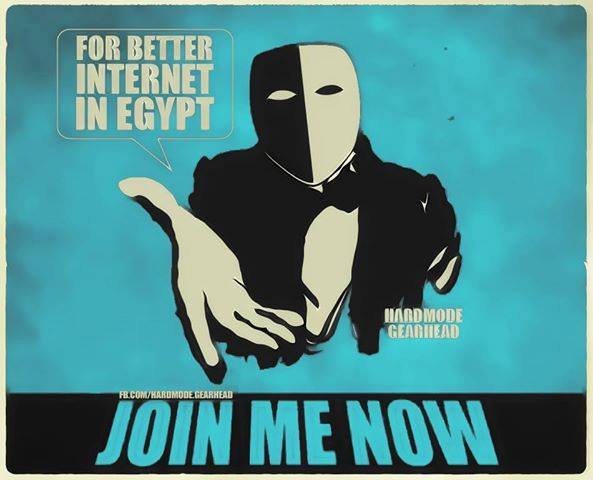 It is about time that Egypt started having a serious public discussion about the price of internet access. If you are an Egyptian who is fed up of high prices for low internet speed, then maybe it is time to join the growing movement on Facebook and Twitter.

Activists have launched a Facebook campaign called the “internet revolution”, which aims to pressure Egyptian internet providers to increase the speed and decrease the price. The first statement released on the Facebook page explains that internet companies “underestimate the minds of the users and lie to them with prices and speeds that no longer exist." Couple that with bad customer service and deteriorating phone infrastructure, and you have a legitimate reason to be upset.

As it stands, the group has amassed 243,000 supporters and is growing. The internet is extremely important to Egyptians, and one could argue that the January 25th revolution exploded when people's internet and phone access was taken away. This drastic step to squash dissent was enough to get the "Party of the Couch" out of their homes and into the streets. The Facebook group hopes to open the eyes of Egyptians and expose just how bad the internet situation is. With an informed public anything is possible and with enough pressure, Egyptian Internet providers will have no choice but to join the standards held by the rest of the world.

The Facebook page gives the example of Morocco, which has a similar infrastructure to Egypt. In Morocco the lowest speed available is four megabytes at a price equivalent of LE 84. In contrast Egypt offers only 0.5 megabytes for LE 95. This is just one example of how bad the internet monopoly has gotten no matter who your internet company is. TE Data, LinkdotNet, Etisalat, Vodafone, and Mobinil are all the same. Don't be fooled by their deceptive offers; there is no deal, just creative marketing to feel like they are offering lubricant when they fuck you.

On the plus side Egypt Telecom announced on Tuesday that they will be overhauling their copper wire infrastructure and replacing them with fiber optic cables. Hopefully, that will increase the speed, but the question will be, at what price? Trust is hard to come by here, and in the meantime the only way to voice your concern is to join the Facebook group until the group transforms into a movement that forces a change.

To join check their “Internet Revolution” here or Tweet using their hashtag #Internet_revolution.