A shocking video has been released by the UN, putting viewers in the shoes of an average female in Egypt and the sexual harassment she's faced with around every corner. We say, it's about time. 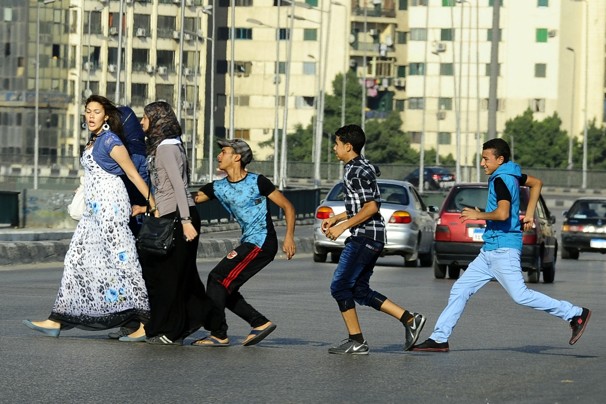 A shocking video has outlined the sickening sexual harassment faced by women in Egypt on a daily basis. The public service announcement, released by the United Nations, shows the daily harassment felt by many females across Egypt – through the eyes of a woman.

The controversial video shows the daily struggles faced by including a leering taxi driver, disgusting heckles in the street and a microbus passenger getting too close for comfort. The clip is set to raise questions among government leaders about ways to tackle the problem which has made the lives of many Egyptian and foreign women in Egypt a daily hell.

However, anybody with a brain cell count in double digits knows that it will take more than harsh laws to clamp down on this cancer within our society. Whether male or female, we've all seen it on the streets of Cairo – the stares, the cowardly whispering, or even touching of completely innocent women going about their daily lives. And worse still, many women claim that upon reporting incidents of harassment to police officers, they have been ignored or even mocked by the so-called upholders of the law.

Disgusting examples of the twisted behaviour practiced across the country include everything from the leering eyes of a desperate pervert to women being physically attacked and manhandled in broad daylight. Innocent women across the country are faced with the daily fear of intimidation, aggression or far worse.

As a society, we need to learn how to behave as human beings and treat each other with respect regardless of gender. Some call it “flirting” or “harmless fun” but perhaps this video will open the eyes of society's idiots to the reality of their disgusting behaviour.

Put simply – it's not big, it's not clever. It is abuse and it is a cancer rotting Egyptian society to the very core. Here at CairoScene our point is simple when it comes to sexual harassment. Stop.