The Interior Minister for Media Affairs announced a clampdown on bumper stickers, claiming they can cause sectarian violence. Seriously. 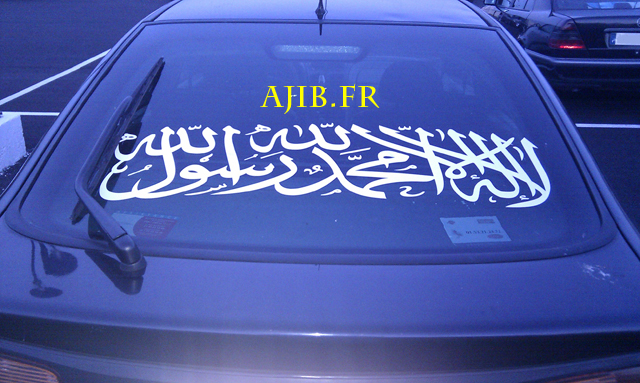 Security chiefs have announced a clampdown on bumper stickers in a bid to crackdown on sectarian strife. Seriously. Stickers including the ever-popular “Have you praised the Prophet (Mohamed) today?” are facing the axe under the plans announced by Interior Minister for Media Affairs Abdel-Fattah Osman last night.

The move comes in an effort to quell religious divides apparently caused by such stickers and slogans. Talking to TV host Amr Adeeb in the Al-Qahera Al-Youm TV programme, Osman said this is not the first time the interior ministry launches a campaign against banners or stickers betraying religious affiliations which, he argued, could lead to “sectarian tendencies.”

Osman added, however, that no banners whatsoever, religious or otherwise, will be allowed on vehicles. "Nothing but license plates will be tolerated."

The "Have you praised the Prophet?" slogan has spread extensively on cars and street shop façades of late, is inspired by a Quranic verse in which Muslims are clearly requested to emulate God and his angels' praise of Prophet Mohamed.

Here at Cairo Scene we will definitely mourn the loss of the humble bumper sticker.