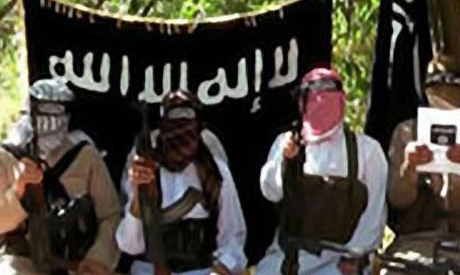 Sinai-based Jihadist group Ansar Beit Al-Maqdis has threatened a fresh wave of attacks against security forces during the Eid feast. In a sickening online video, the group claimed it would traget cops and soldiers beginning Saturday, which they said woud "be a black day on the infidel interior minister and his associates."

Ansar Beit Al-Maqdis (Supporters of Jerusalem) has orchestrated some of the worst militant attacks against police and army forces since the army-backed ouster of Islamist president Mohamed Morsi in July 2013.

In August, the group claimed the beheading of four men accused of providing Israel with intelligence for an airstrike that killed three of its fighters. The attack prompted the Islamic State (ISIS), a militant Sunni group that seized large swathes of Syria and Iraq, to urge Egypt's militants to press ahead with attacks against security forces, including decapitations.

ISIS militants are also thought to use online chat rooms to train the deadly militants.

Watch the video below: