UPDATED: Sinai Under Attack, Between 30 - 60 Killed

Prime Minister Mehleb states that Egypt is in a 'state of war'. Terror strikes Sinai once again, as military checkpoints have been targeted by bombs and live fire in an attack claimed by ISIS. 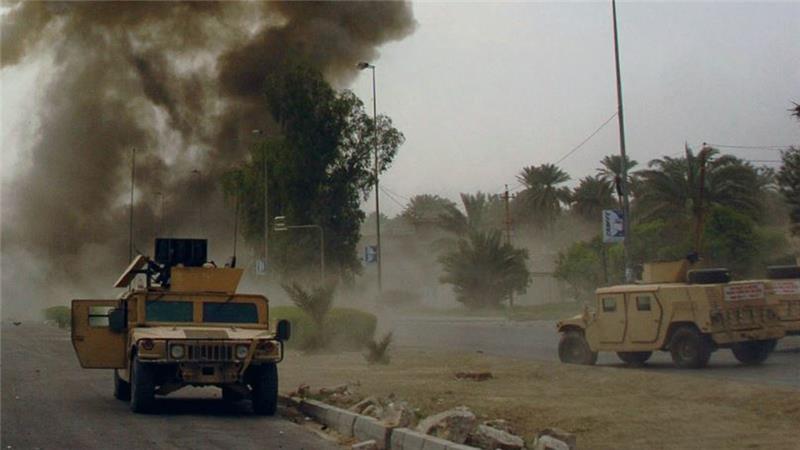 There's crisis in Sinai this morning, as Islamic militants have unleashed an all out attack against security forces in the north of the troubled peninsula which has resulted in at least 30 Egyptian soldiers killed. The attack has been claimed by ISIS' Sinai-based wing, Ansar Bayt El Maqdis. The violence began in Sheikh Zuweid with a car explosion at a military post in North Sinai which allegedly claimed the lives of at least 11. The explosion was part of coordinated attack that targeted at least six military checkpoints.

The attack seems to still be ongoing and reports continue to fluctuate on the number of casualties ranging between 30 to 60. Reports suggest that around 70 militants simultaneously fired mortar rounds at different checkpoints in the town of Sheikh Zuweid. "Egyptian armed forces returned fire, killing at least 22 militants and destroying three vehicles armed with anti-craft missiles," army spokesman Brigadier-General Mohamed Samir said in a statement.

Eye witness report that the power is cut, and that residents are staying indoors as the fight unfolds. Making matters scarier are tweets showing armed individuals carrying RPGs on rooftops.  Reports suggest that ambulances are unable to reach the injured resulting in no official death toll until the situation is stabilised.

The attack on Abu Refa'ee checkpoint was carried out by a 250-tons of explosives rigged vehicle followed by mortars and RPG.

Update: Reports have emerged that Israel has closed its borders with Egypt near Sheikh Zuweid in Sinai. Eyewitnesses have also claimed that militants have captured the town and are 'in every street'.

Update 2: So far, eleven police checkpoints and a police station in Sheikh Zuweid were targeted by militants, according to a statement released by the organisation behind it.

Update 3: Egyptian military F16 planes have been seen over Sheikh Zuweid with reports that they are dropping bombs on the area emerging.

Update 4: Mohammed Eida, a civilian was killed by Ansar Bayt El Maqdis after refusing to let them use the roof of his home to fight the Egyptian military.

Update 5: Militants are holding some Egyptians soldiers captive, and had acquired all their weapons and armoured vehicles.

Update 6: Prime Minister Ibrahim Mehleb has released the first official government statement since the sinai attacks erupted saying that Egypt is officially "in a state of war."