The Cairo outfit’s subscription-based services offer a way for businesses to digitise their whole warehousing and fulfilment needs, and currently works with over 16,000 clients. 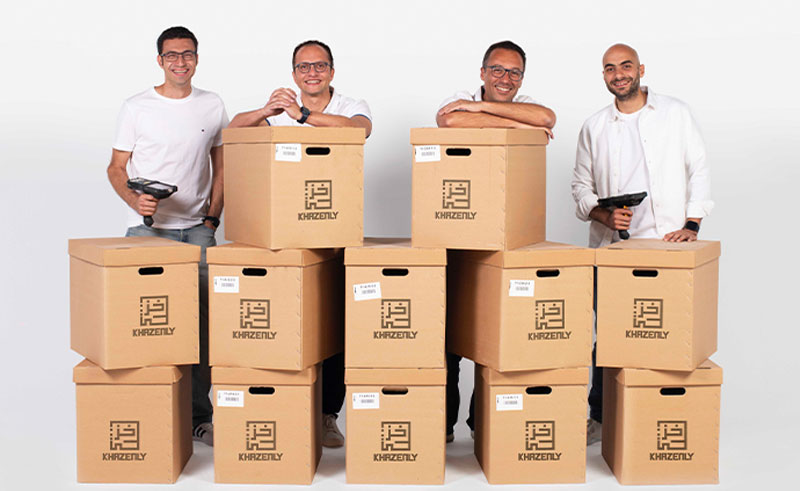 Egyptian one-demand digital warehousing and fulfilment startup, Khazenly, has announced the raise of a $2.5 million seed round led by Kuwait’s Arzan Venture Capital and UAE’s Shorooq Partners. The investment, which also saw participation from Camel Ventures, Averroes Ventures and a selection of angel investors, will allow the Cairo-based outfit to develop its products and services, and quadruple its existing facilities, while also looking ahead to geographical expansion plans.

Launched in 2021 by a four-man founding team of Mohamed Younes (CEO), Osama Aljammali (CCO), Mohamed Montasser (CXO) and Ahmed Dewidar (CTO), Khazenly has set out to the loft ambitions of shaping the future of e-commerce in Egypt, by offering businesses a one-stop-shop for fulfilment services, including warehousing, cross-docking, transportation, delivery and cash collection services. As an end-to-end platform, it offers these digital services through subscription-based packages that allow business owners to digitally optimise their fulfilment processes, whether in the context of B2C, B2B, cross-border, or a combination of all the above.

The platform boasts a wide range of categories, including apparel & clothing, electronics, home accessories and FMCG. Through supporting over 16,000 clients, Khazenly has processed an eight-digit figure in gross merchandise value, though plans are afoot to expand this scope through a flagship mobile dark store with a view to elevating sellers’ experience by forecasting the products to be warehoused in line with market demand.

“We are on the cusp of tremendous client growth in Egypt due to our constantly innovative solutions,” said co-founder and CEO, Mohamed Younis. “Our simplified, technology-fueled platform, high-calibre experienced team, and network of market-leading partners help merchants grow and scale.”

With supply chains in Egypt still suffering from archaic systems and fragmentation, the opportunity to build mechanisms  around booming sectors such as e-commerce is up for grabs. The estimated market size of formal e-commerce is expected to grow by up to 30% this year and reach $7.5 billion.

That projection is also reflected in venture capital interest in e-commerce startups in Egypt, with Brimore closing a $25 million Series A round in January, building on impressive raises in 2021 including MaxAB’s $55 million and Capiter’s $33 million rounds. Last year, Egyptian startups recorded a 176% YoY growth in VC funding, with ecommerce ranking second only to fintech in number of deals (23) and second to transport and logistics in total capital raised ($96 million). MaxAB’s $55 million Series A was the second largest round, second only to Halan’s $120 million mega round.