The alarming increase of terrorist attacks in Egypt have been analysed by British risk analytics firm Verisk Maplecroft. 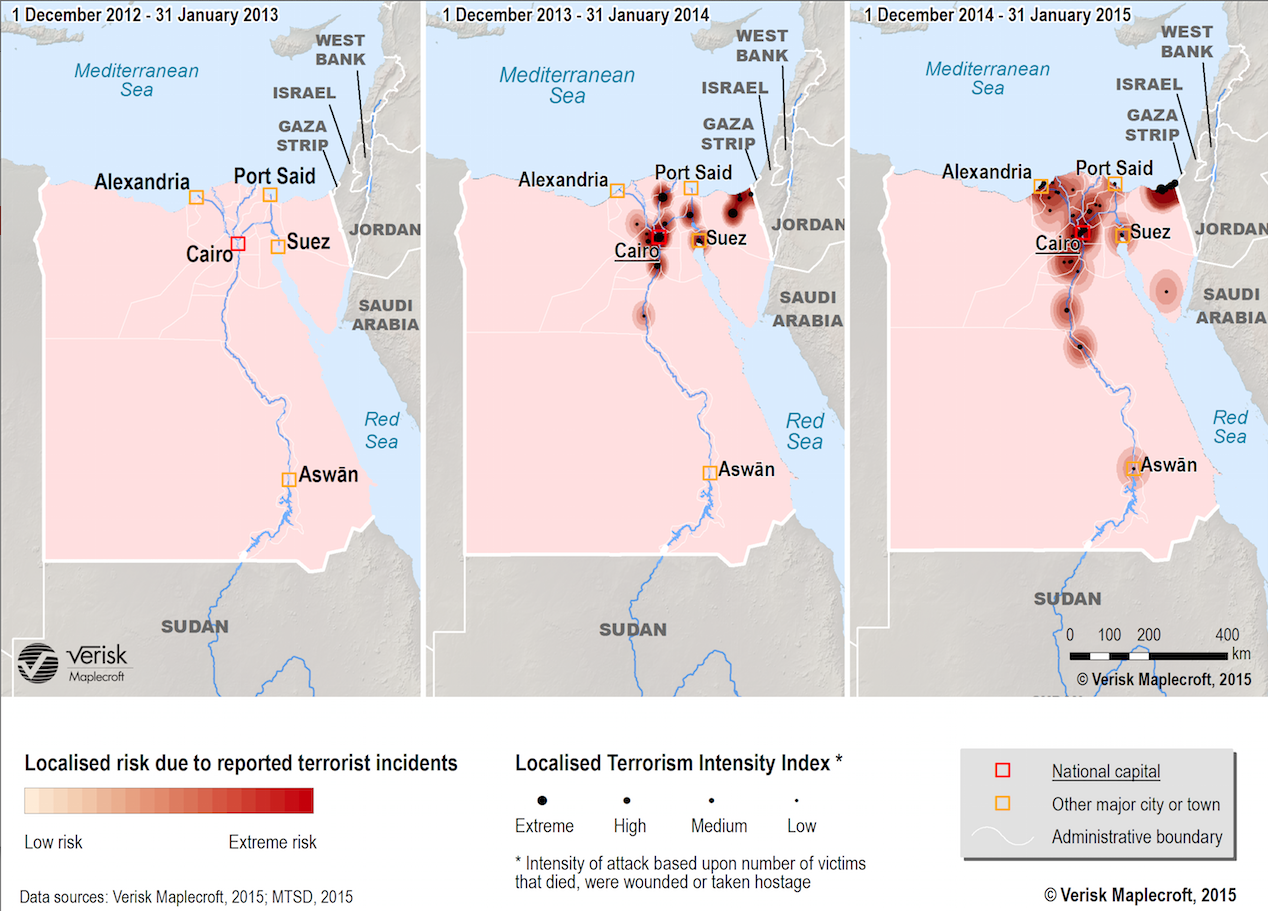 Terrorism in Egypt is rising... have you noticed?! The occurrence of bombs that are found, detonating or destroyed in our nation’s capital is indeed so frequent these days, nobody seems too shocked anymore when one is shows up near the airport...

Well, most of us will have picked up on the fact that terrorism has in fact made a bit of an increased appearance in recent years, however, now we have graphic support that shows the spread of terrorism in Egypt. British risk analytics firm Verisk Maplecroft has now released a map of Egypt (above) that shows the increase of terrorist activity across the country since the first revolution that ousted Hosni Mubarak.

Several areas in Sinai, where extremists affiliated with ISIS have been actively attacking military operations, are flaming red on the map, indicating that bombings there have reached “extreme” levels. Here’s to hoping this steady increase doesn’t continue growing at this rate.