In a move that has caused a Twitterstorm of backlash, the Egyptian Foreign Ministry called on US security forces to exercise restraint in dealing with peaceful protestors in Ferguson. 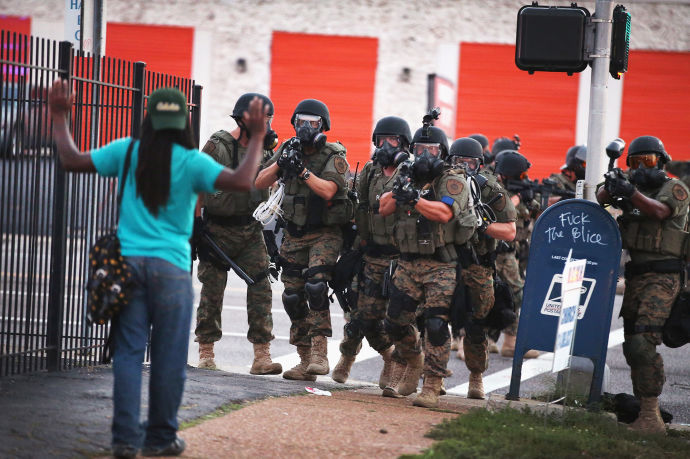 The Egyptian government truly has taken trolling to another level by releasing a statement urging US security forces to show restraint when dealing with protestors. The bizarre call comes as US cops face criticism over their handling of the protests in the town of Ferguson, Missouri.

A statement released by the Egyptian Ministry of Foreign Affairs said that the ministry is “following the escalation of protests and demonstrations in the city of Ferguson and reactions thereto.”

Meanwhile a spokesperson called for “restraint and respect for the right of assembly and peaceful expression of opinion.” The protests currently taking place in the Missouri town began after an unarmed black teenager was shot dead by police. However, the comments from Cairo will undoubtedly raise a few eyebrows in Washington, just days after the first anniversary of the Rabaa massacre, which saw more than 800 protesters killed by the Egyptian security forces.

Human Rights Watch, released a report branding the killings "crimes against humanity," immediately after the group's executive director and another senior official were booted from he country.

Meanwhile Middle Eastern activists have also taken to social media to pledge their solidarity with the Ferguson protesters by sharing techniques on how to deal with police brutality and fend off the effects of tear gas. One poster took to activist site Ana Mubasher tweeting: "Yeast solution is 5% yeast and 95% water that's it , Spray it before and after #teargas tips #Ferguson." A Palestinian activist added: "Don't Keep much distance from the Police, if you're close to them they can't tear Gas. To #Ferguson from #Palestine"