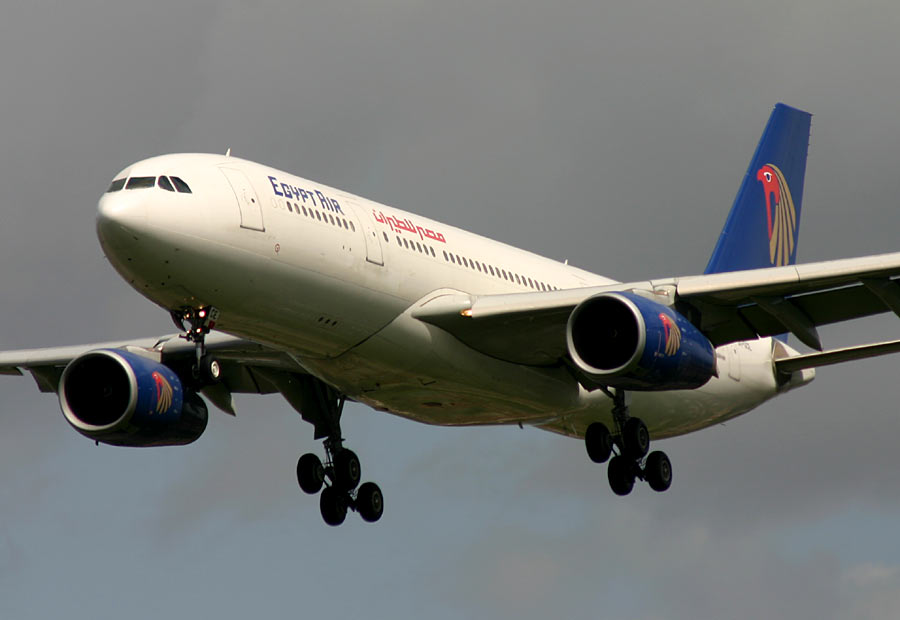 An EgyptAir flight carrying 268 passengers experienced severe and unexpected air turbulence last night on a route from New York to Cairo, causing 12 injuries. The aircraft went through a sudden, unannounced 700-foot drop; passengers reported no seat belt sign switched on before the turbulence shook the passengers off their seats and sent them flying in the air and colliding into each other and against the aircraft windows and ceilings. Many passengers alleged that the pilot was not in the cockpit at the time of the incident, taking him 40 seconds to return to seat and regain control over the aircraft.

To make matters worse, and according to several testimonies, the plane was not equipped with first aid kits, forcing three doctors who happened to be on board to take action and help the injured 10 passengers and two flight attendants using bandages, ice and ground coffee to stop the bleeding, with one particular passenger being only provided with tea while visibly trembling and experiencing excessive blood loss. The passengers had to wait another 10 hours on flight as the pilot decided to continue their journey to Cairo instead of return to New York within a couple of hours time.

One passenger, Yasmeen Abouel-Nour, expressed her dissatisfaction with the entire journey and management in a Facebook post, providing an extensive description of the incident along with photos:

As a frequent customer of Egyptair, I am truly appalled by the very distasteful experience I had with the company today....

In a company statement, EgyptAir announced that there was no need to revert the plane back to New York as the situation was settled. Upon arrival, all the injured passengers were received by paramedics, along with Minister of Civil Aviation Hossam Kamal, and the Chairman of EgyptAir along with other senior officials who ensured all passengers received due treatment and were taken to the hospital for what EgyptAir claims were “superficial” injuries. However, contradictory to company statements, one passenger suffered from internal bleeding with a few patients remaining in hospital for over 9 hours due to the incident.

Minister Hossam Kamal, who also went to the hospital to visit the injured, announced opening a full investigation into Flight 986.