Egyptian Parliament Gets WhatsApp, Is Flooded With 5,000 Messages

The country's newly elected Parliament decided to have a more fluid conversation with citizens, who instantly flocked to the app to send their grievances. 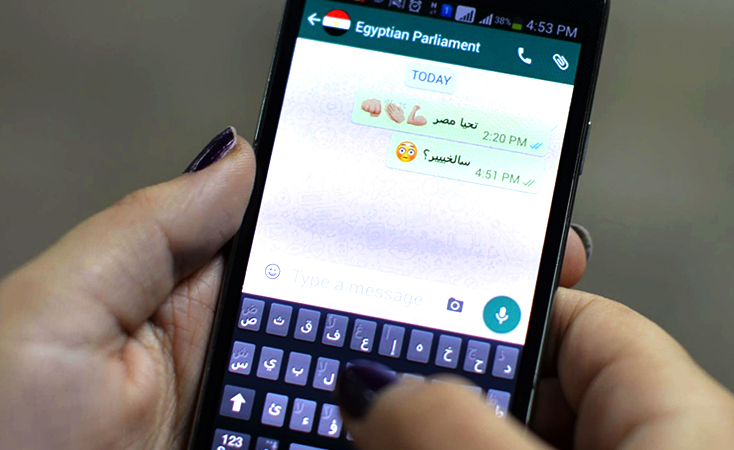 After Egypt’s newly elected Parliament launched a WhatsApp line to receive messages from citizens last Saturday, 5,000 people have resorted to the mobile application to send their suggestions and grievances, in less than a week after the release of the number, Al Ahram reported.

The service, a phone line specifically created to receive WhatsApp messages (01027727701), was launched to “promote transparency and social communication,” Egypt’s State Information Department said. In only two days, the chamber received the staggering amount of 3,629 messages, mainly regarding legislative and supervisory issues, the state-run newspaper said.

Amongst the most pressing issues was a controversial civil service reform law recently rejected by the Parliament. The bill, endorsed early in 2015, had sparked widespread controversy as critics fear it could reduce Egypt's massive public workforce of more than six million employees. Last week, the chamber had voted down the bill as part of a constitutional two-week review of laws passed during its three-year absence but President Abdel-Fattah El-Sisi expressed dissatisfaction with the Parliament’s rejection of the law during a speech last Saturday, as he urged MPs to “further study the issue for the sake of future generations.”

Other key issues expressed in the messages included demands to raise minimum pensions and modifications to the rent law.