Less than six months after launching with a record pre-seed round for an Egyptian startup, Rabbit is hopping over to one of the region’s most prized ecosystems. 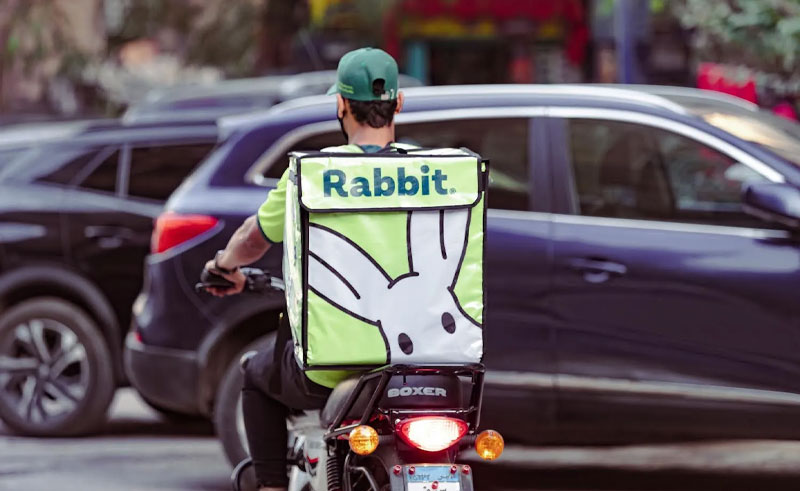 Less than six months after arriving to market in the parade of a record $11 million pre-seed round, Egyptian q-commerce platform, Rabbit, is already plotting its next moves around the region. The startup has announced that it has received a licence from Saudi Arabia’s Ministry of Investment that will allow them to operate in the region's largest e-commerce market.

Though no timeline for the expansion has been disclosed, the news comes as part of an impressive six months of operations for the startup, having worked in stealth between June and November, 2021. In its first 75 days of operations, Rabbit reported the delivery of over 100K items and has since expanded to serve eight different neighbourhoods across Cairo.

Founded by Ahmad Yousry, Walid Shabana, Ismail Hafez and Tarek El Geresy, Rabbit landed on the radars of Global Founders Capital, Foundation Ventures, Raed Ventures, MSA Capital, and Goodwater Capital for its 2021 seed round, for its claim to deliver groceries in 20 minutes. Inthe first two days of operations, only 30% of total orders were delivered in under 20 minutes, though the number shot-up to 90% in the following seven days and it’s believed that it has stayed above that percentage since.

“It’s hard to believe that only nine months ago, Rabbit was an idea,” said  former Uber Egypt General Manager and Rabbit CEO, Yousry. “Six months ago, we delivered our first order in Cairo, and today, we hit a major milestone: our first international expansion beyond Egypt.”

A milestone indeed, but one that will by no means provide a simple route for Yousry and co., even given the fact that it’s predicted that the q-commerce sector in the MENA region will be worth $20 billion by 2024 and $47 billion by 2030. There is, of course, a huge opportunity in KSA, but Rabbit isn’t the only q-capable startup eyeing the same prize. In the UAE, YallaMarket has been making headway and plans to expand to Qatar this year, which inevitably means that KSA is in its crosshairs. The same could be said for Deliveroo’s ‘Express Mart’ service, which launched in UAE in 2020, and then there’s Careem, of course, which entered the qcommerce race with the launch of Careem Quik in December, 2021. While there’s of course no guarantee that these startups are equipped to scale to a market like KSA’s, qcommerce is shaping up to be the next evolution of a larger ecommerce market that is predicted to surpass $50 billion in sales in 2022.

Thus far, groceries have dominated, accounting for around 80% of qcommerce market in MENA. However, nascent sectors with high potential under the umbrella include fashion and beauty and with last-mile delivery, mobility and social commerce startups positioned to accelerate the sector through potential synergies, the future is certainly looking bright.

As for Rabbit, the startup plans to invest over $60 million into the KSA expansion over the next two years, predicting that it will create 700 jobs in the process. Beyond possessing the fourth largest population in the region, KSA also provides the perfect conditions for Rabbit to scale. “Saudi Arabia has created one of the most progressive startup ecosystems globally,” Yousry said. “This kind of opportunity and infrastructure come together to unlock limitless potential for innovative companies like Rabbit.”